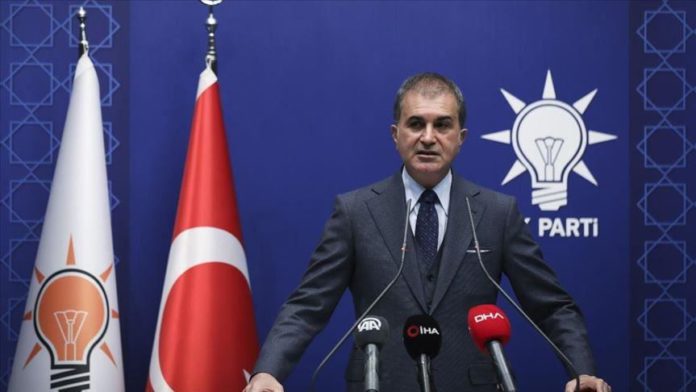 Appointment, dismissal, accepting or rejecting resignation are at the discretion of Turkey’s presidency, the spokesman for the ruling Justice and Development (AK) Party said on Monday.

Responding to a question on Treasury and Finance Minister Berat Albayrak’s resignation post on social media, Omer Celik said: “President [Recep Tayyip] Erdogan will share his discretion with the public as he sees fit.”

In the presidential system, appointment, dismissal, accepting, or rejecting resignation are at the discretion of the presidency, he said at the news conference, following the Central Executive Board meeting of his party in the capital Ankara.

Albayrak on Sunday released a statement about his resignation on Instagram.

He stressed that there is no disruption, the state continues its way “very” strongly.

Responding to another question on the US presidential election, Celik said Turkey will congratulate the winner after the announcement of the official results.

COVID-19 accounts for nearly 10% of all deaths in Portugal in...