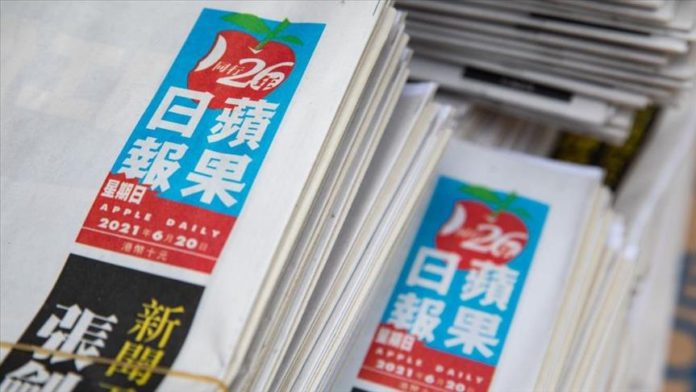 Fung Wai-kong, 57, was stopped by police at the airport on Sunday night while he was believed to be leaving for the UK, according to the daily South China Morning Post.

He is under investigation for “collusion with foreign forces,” according to the report.

The newspaper was owned by media tycoon Jimmy Lai, who has been jailed since last year on multiple charges under the national security law.

At least 144 persons have been arrested since China imposed the law in the semi-autonomous region last July.

Meanwhile, another Hong Kong-based media outlet portal, Stand News, has also announced that it will “remove most of its commentaries and halt fundraising drive.”