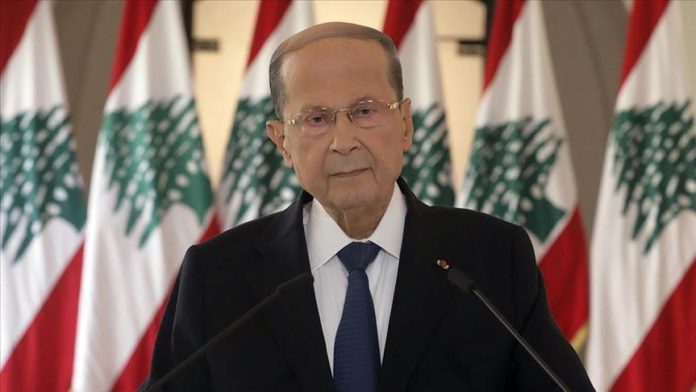 Lebanese President Michel Aoun on Tuesday called for accepting the verdict of a UN tribunal into the assassination of former Prime Minister Rafiq Hariri.

The call comes as the Hague-based court is due to issue its long-awaited verdict in the 2005 killing.

“We have to accept the verdict, even though a delayed justice is not justice,” Aoun said in a statement.

“The crime of assassinating former Prime Minister Rafiq Hariri has affected the life of the Lebanese people and the course of events in Lebanon,” he added.

Four members of Shite group Hezbollah are accused by the court of conspiring to carry out the 2005 assassination.

Aoun and his Free Patriot Movement are allies to Hezbollah, which fought a war against Israel in July 2006.

“We have disagreements with Hezbollah on internal affairs, but when Israel attacks our lands and kills Lebanese people, every Lebanese must stand against the aggressors.” Aoun said.

For his part, former Prime Minister Najib Mikati ruled out that the court ruling would escalate tension in Lebanon.

“Nothing will happen, God willing,” Mikati said, adding that any verdict will only “implicate those accused individuals, but not an entire sect”.

Saad Hariri, former Lebanese Prime Minister and son of Rafiq Hariri, is present at the court.

Greek lawmaker to be sanctioned by EU Parliament