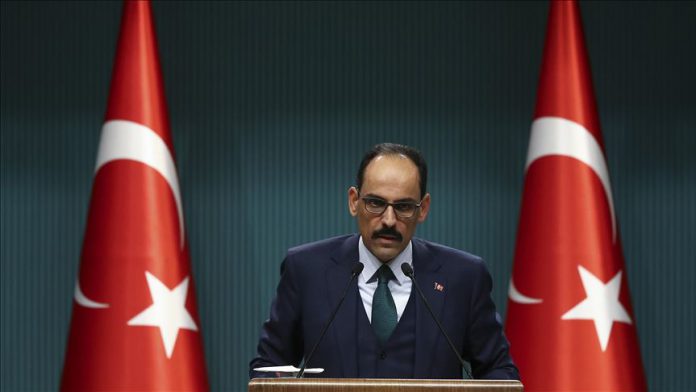 ANKARA
Any plan excluding Turkey in the Eastern Mediterranean is impossible, and Turkey will not shrink from steps needed to stand with the Libyan government and its people, said Turkey’s presidential spokesman on Tuesday.

“Turkey will continue to support Libya’s legitimate, internationally recognized government, and will not forsake the Libyan people,” Ibrahim Kalin told reporters following a Cabinet meeting at the presidential complex.

Turkey on Nov. 27 signed maritime boundary and security cooperation pacts with Libya’s Tripoli-based, internationally recognized Government of National Accord (GNA), spurning moves by other countries to carve up the Eastern Mediterranean without Turkish participation.

Death toll from floods in Germany rises to 135