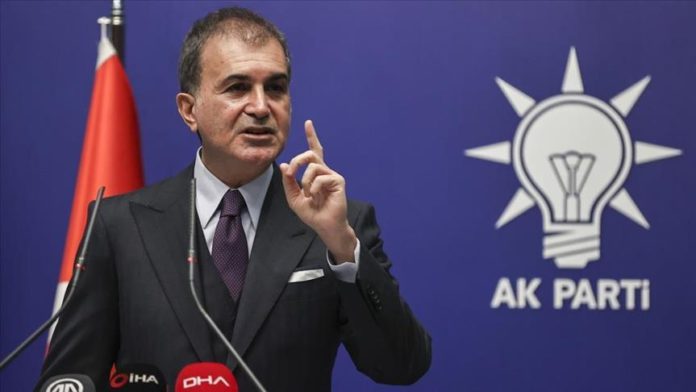 Whoever in the European Union speaks against Turkey actually seeks to destroy Europe’s future, the spokesman for Turkey’s ruling party said on Monday.

Accusing some European leaders of taking a different approach when trying “to cause disturbances in Turkey,” Justice and Development (AK) Party spokesman Omer Celik said after a meeting of the party’s Central Executive Board (MYK) that these leaders “apply double standards when turmoil begins to emerge in their own countries.”

After a year that saw ups and downs in Turkish-EU relations, Turkish leaders recently reiterated the country’s candidacy for membership in the bloc, saying that relations can improve this year if the EU takes steps that show respect for the Turkish Republic.