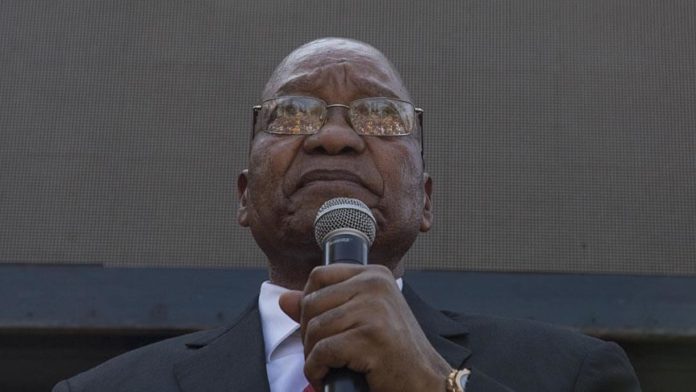 South Africa’s former president has been summoned to appear before an anti-corruption commission next month, an official confirmed on Friday.

Jacob Zuma will testify and be questioned by the state capture commission from Nov. 16 to Nov. 20, according to Raymond Zondo, South Africa’s deputy chief justice who is heading the inquiry.

The former president will also have the option of appearing via video link, Zondo said.

Zuma resigned in 2018 amid pressure from his own ruling African National Congress (ANC) party over claims of corruption and other offences.

The inquiry commission was established shortly before he stepped down and is probing allegations of wrongdoings during his tenure.

Zuma has tried to discredit the proceedings by accusing Zondo, the man he chose to lead the commission, of being biased.

The ex-president wants the judge to recuse himself before his November appearance.

Zuma is accused of giving lucrative state contracts to the Guptas, a wealthy Indian family considered close to the former ruler.

The Guptas are also said to have influenced Zuma’s appointments of top government officials, including ministers.

Both Zuma and the Guptas have denied the allegations.

The Gupta family is headed by three brothers who settled in South Africa two decades ago but have now left the country.

Two years ago, their business interests in mining, media, technology, and other sectors were worth billions of dollars.