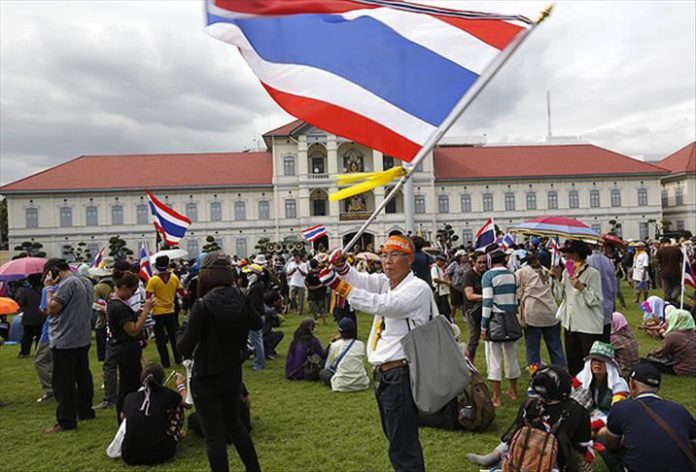 Thousands took to the streets here in Bangkok to call a new Constitution in anti-government rallies Saturday.

Protests were organized by the Free Youth group and demonstrators gathered at the Democracy Monument to voice opposition to the government of Prime Minister Prayut Chan-o-cha.

“The rally was the first major political demonstration since the end of most Covid-19 restrictions. And while the emergency decree, including a prohibition on public gatherings, remains in effect, government officials have said they would not apply it to political events if they remained peaceful,” according to the Bangkok Post.

“The rally was staged to press three demands: dissolution of the House, a rewrite of the constitution and an end to official and judicial harassment of those critical of the government,” it said.