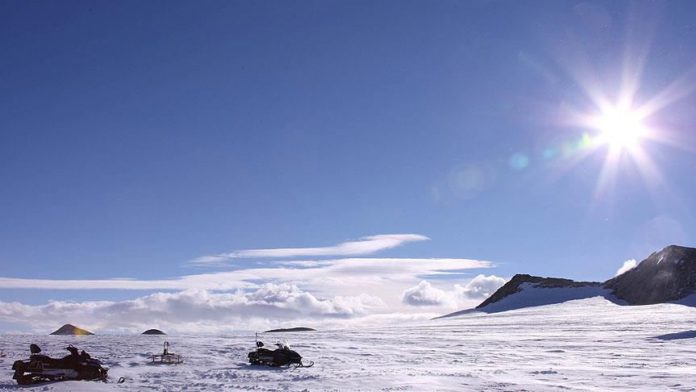 The ozone hole over the Antarctic has reached its maximum annual size and is one of the largest and deepest in recent years, the World Meteorological Organization (WMO) warned Tuesday.

“Scientists from the Copernicus Atmosphere Monitoring Service confirm that the ozone hole over the Antarctic is one of the largest and deepest in recent years,” WMO spokeswoman Clare Nullis said at a briefing for UN journalists in Geneva.

“The ozone layer protects us against the harmful UV rays of the Sun,” she said.

Each year in August, at the start of the Antarctic Spring, the ozone hole begins to grow and reaches its peak around October.

“Ozone depletion is directly related to the temperature in the stratosphere,” said Nullis.

“This is because polar stratospheric clouds, which have an important role in the chemical destruction of ozone, only form at temperatures below -78 C (172.4 F),” said the WMO spokeswoman.

Ozone depletion relies on extremely cold temperatures. Therefore, the colder the temperature in the stratosphere over Antarctica, the bigger the ozone hole.

“The air has been below minus 78 C and this is the temperature which you need to form stratospheric clouds and this quite complex process,” noted Nullis.

“But basically, the ice in these clouds triggers a reaction which then can destroy the ozone zone. So, it’s because of that that we are seeing the big ozone hole this year.”

Ozone depletion over the Antarctic continent was first spotted in 1985.

Despite the growing hole, experts are confident that since the restrictions on ozone-destroying halocarbons were introduced via the Montreal Protocol, the hole has slowly been recovering.

Climate projections indicate that the ozone layer will return to the 1980 levels in 2060.

“The Montreal Protocol, which effectively phased out ozone-eating substances, is one of the most effective successful environmental treaties of all time. We cannot, however, be complacent,” said Nullis.