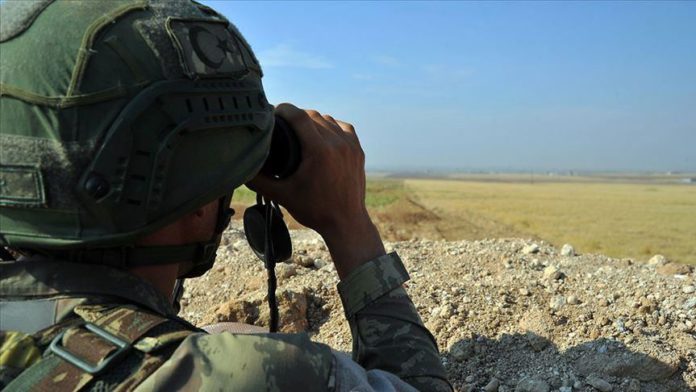 A YPG/PKK terrorist surrendered to security forces in Turkey as a result of persuasion efforts, said a security source on Thursday.

The gendarmerie command in the southeastern Mardin province, along Turkey’s border with Syria, contacted the family of terrorist G.A.A., codenamed Deniz Ruzgar, said the source who asked not to be named due to restrictions on speaking to the media.

The terrorist, who has a criminal record for being a member of an armed terror group after going to northern Iraq in 2016, was persuaded and surrendered to security forces without arms or equipment.

More than 100 terrorists have surrendered to Turkish security forces so far, the Interior Ministry said in a statement last month.

In its more than 30-year terror campaign against Turkey, the PKK — listed as a terrorist organization by Turkey, the US and the EU — has been responsible for the deaths of nearly 40,000 people, including women, children and infants. The YPG is PKK’s Syrian offshoot.

Erdogan arrives in Senegal as part of Africa tour

December 19, 2019
We use cookies to ensure that we give you the best experience on our website. If you continue to use this site we will assume that you are happy with it.Ok