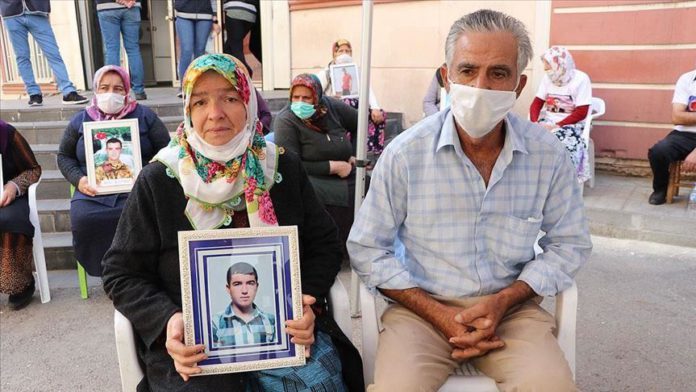 Another mother from Turkey’s southern Mersin province on Tuesday joined a year-long sit-in against the YPG/PKK terror group.

Kiymet Coskun and her family traveled from Mersin to the southeastern Diyarbakir province to join the protest against the abduction of her son Yucel by the terror group.

She said Yucel was kidnapped and taken to the mountains by the PKK six years ago, when he was just 16 years old.

Coskun said as families, participating in the sit-in protest, has started reuniting with their children, they decided to join to the protest.

“We want our son back. We left our other children home and came here,” she said.

She called on her son to surrender to security forces.