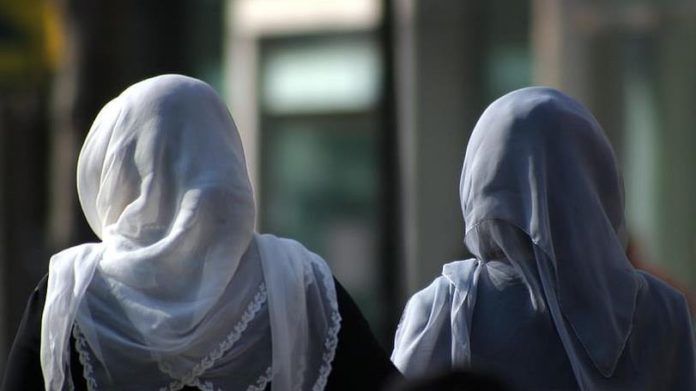 Another hijab row broke out in the southern Indian state of Karnataka after Muslim students were not allowed to enter a government college for wearing a headscarf.

This is the second college in the state banning the hijab.

After the latest incident, people have taken to social media platforms to support the students. “Hijab is our Right” is trending on Twitter, showing support for young girls.

On Thursday, some two dozen Muslim girls in kundapura area of the Udupi district were stopped from attending classes after some students belonging to right-wing groups wore saffron scarves – the color favored by the ruling Bharatiya Janata Party – and opposed Muslim girls wearing hijabs.

“Let us all stand for the rights of our sisters. What is the reason for this discrimination? Why are they not allowed to enter colleges.. just because they wear hijab,” said Tousif Nandehalli, a Twitter user.

A video has also gone viral where Muslim students were seen pleading for entry into classrooms after they were stopped by the college principal. They also said that denying entry just before exams will jeopardize their future.

“It’s been a strength of India that everyone is free to wear what they want. If the hijab is disallowed, what about the Sikh turban? The Hindu’s forehead mark? The Christian’s crucifix? This college is going down a slippery slope. Let the girls in. Let them study. Let them decide,” tweeted Tharoor.

“Individuals are free to choose what to wear. You may or may not like their choice but that’s a right we all have. If these public representatives can wear saffron robes, then these girls can use hijab. Muslims are not second-class citizens,” Abdullah wrote on Twitter.

Muslims have been demanding that barring students from wearing hijab is an attack on the “symbols of faith.”

What does constitution say?

According to the Indian constitution, every citizen has the right to practice, profess and propagate religion. This right can be curtailed only on grounds of public order, morality, and health.

Last month, tensions erupted in another government college in Karnataka’s Balagadi village after a group of students turned up wearing saffron scarves and asked their female classmates from the Muslim community not to wear a hijab during classes.

Subsequently, the authorities banned hijabs and saffron scarves on the campus.

A student of the Women’s Government Pre-University College in Udupi, who was denied entry into the classroom for wearing a hijab, has approached the Karnataka High Court seeking interim relief to attend classes wearing the hijab before the entire matter was settled.

In Karnataka, the state government has said it will constitute a committee to formulate guidelines on uniforms at colleges.

Indian Muslims have witnessed a deterioration of the right to practice faith under the rule of Prime Minister Narendra Modi and his right-wing BJP.