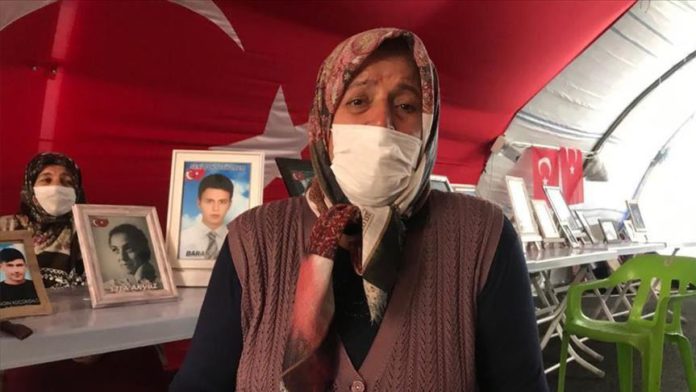 A mother from Turkey’s southern Hatay province on Thursday joined a year-long sit-in protest against the YPG/PKK terror group.

Hatice Temur claimed that her son, Ibrahim, was deceived and abducted in 2017 by the Peoples’ Democratic Party (HDP).

“I saw mothers protest on TV in front of the HDP building. I thought if I joined them, I might find my son.

“I came to Diyarbakir for my child, I want my child from HDP,” Temur said, adding that she will not leave the protest until she reunites with her son.

The mother also called on her son to surrender to security forces.

Israel to quarantine tens of thousands over coronavirus