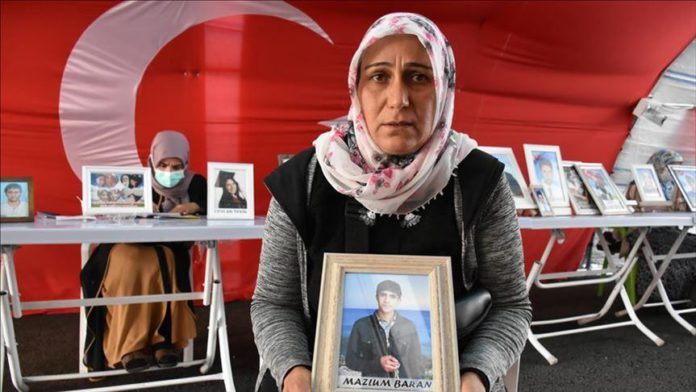 Another mother from Turkey’s southern Hatay province on Wednesday joined a year-long sit-in against the YPG/PKK terror group.

Medine Baran claimed that her son, Mazlum, was deceived and abducted by the Peoples’ Democratic Party (HDP) in 2014 when he was 16.

“He left the house in the morning and never came back. There is no information about him for the last six years. We are waiting for him,” Baran said, adding that she will not leave the protest until she reunites with her son.

The demonstration began on Sept. 3 last year in the city of Diyarbakir when Fevziye Cetinkaya, Remziye Akkoyun, and Aysegul Bicer said their children had been forcibly recruited by PKK terrorists.

Taking place outside the office of the HDP, which the government accuses of having links to the YPG/PKK, the sit-in has been growing by the day.