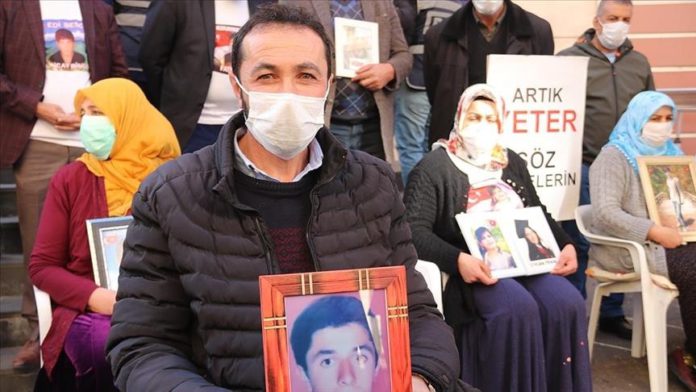 One more family on Wednesday joined the ongoing sit-in protest in Turkey’s southeastern Diyarbakir province against the PKK in an effort to bring back their children abducted or forcibly recruited by terrorists.

The protest outside the office of the Peoples’ Democratic Party (HDP) — which the government accuses of having links to the YPG/PKK — began on Sept. 3, 2019, when three mothers said their children had been forcibly recruited by YPG/PKK terrorists. It has been growing every day.

Zeki Parlak, a man from the northeastern Kars province, joined the sit-in over the kidnapping of his brother Hakan.

Parlak called on his brother to surrender to security sources.

Parlak said his mother could not join the sit-in due to her bad health condition.