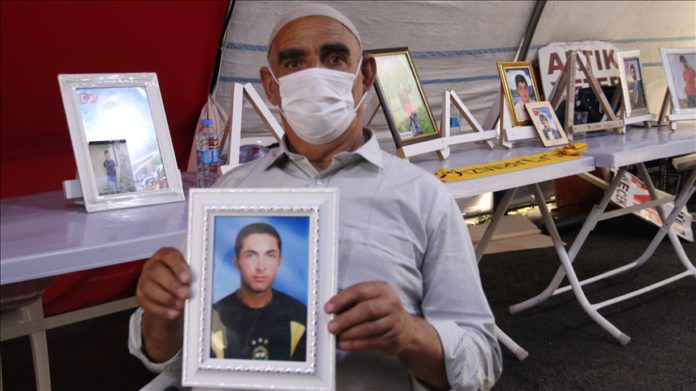 One more family has joined the ongoing sit-in against the PKK terrorist group in southeastern Turkey on Saturday.

Coming from eastern Bingol province, Ahmet Bayram, the father of Arafat, who was abducted and taken to the mountains seven years ago, joined the protest on Saturday.

Bayram said that his son was working at a restaurant in Istanbul’s Umraniye district and he was deceived by the HDP.

“I begged them [HDP] in Istanbul but it was no use, they refused to return my son to me,” he said.

He has visited the HDP building every year for the past seven years to find his son, the father said.

Bayram urged his son to surrender to Turkish security forces.