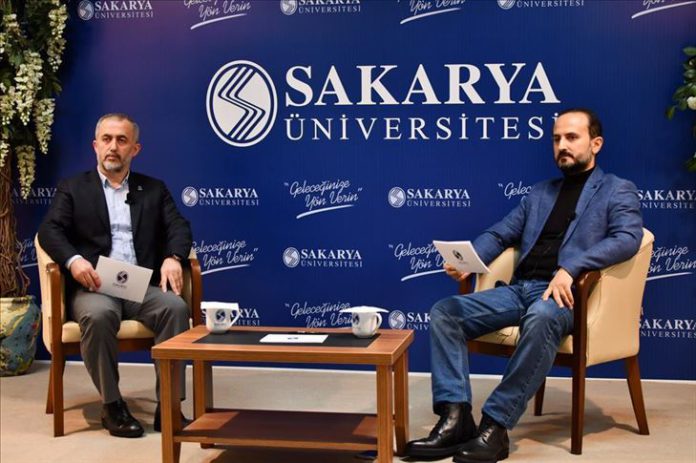 An academic congress on society and politics in the Middle East kicked off online Saturday, organized by a university in northwestern Turkey.

The fifth annual Middle East Congress on Politics and Society, held by the Middle East Institute of Sakarya University, brought together 92 academics and experts from 12 countries in 25 panels.

Held online due to the novel coronavirus pandemic, the congress’ opened with remarks from Sakarya University President Fatih Savasan and Tuncay Kardas, the director of the Middle East Institute, followed by a keynote speech by political scientist and international lawyer Robert Bianchi on China’s role in the Middle East.

In his speech, Bianchi said China’s approach to the Middle East was guided by patient opportunism and cautious and pragmatic diplomacy.

“China is eager to avoid any kind of overt confrontation with the US in the region. There is the false assumption that China would like to fill the vacuum left by US disengagement. That is not true. China does not want to get overcommitted in the region, and greatly benefits from US engagement in the Middle East,” he explained.

“In fact, China wants the US to remain bogged down in the problems of the Middle East because this diverts US forces and attention from the Asia-Pacific region, the Indian Ocean and Central Asia. These are the areas, where China has important security interests. The Chinese want to keep US strategic resources split between the Pacific and the Middle East theaters.”

Pointing out that these conditions accelerated China’s rise, Bianchi said Beijing aimed to weaken US influence on Asia by diverting Washington’s strategic resources to the Middle East.

He pointed out that there were different voices in the country regarding China’s Middle East politics, adding: “Many caution against strong engagement in the Middle East, and argue that China should not go down the path of former colonialists and imperialists as the Middle East has long become the ‘graveyard of empires.'”

Bianchi argued that Chinese foreign policy had a certain degree of flexibility and that there were many different voices debating the possibility for change.

“One great example is Syria. The fact that Uighur fighters in Syria now return to their homeland, made it evident that Syria was not a far-off problem but a direct threat. Now, China tries to become a partner of the Assad regime, and aspires to shares of the profit from rebuilding post-war Syria,” he said.

He asserted that China had also realized the importance of Turkey as a “real challenge for China.”

“They realize how important Turkey is, and what a great prize it would be to pull Turkey further away from NATO and the EU. The flare-up with Macron, for example, is a big gift for the Chinese.”

The congress, where subjects spanning the region from the Palestine-Israel dispute to Iran, the Eastern Mediterranean, also features discussions on the legacy of the Ottoman Empire, the Arab uprisings in the early 2010s and migration. It will continue until Nov. 16.