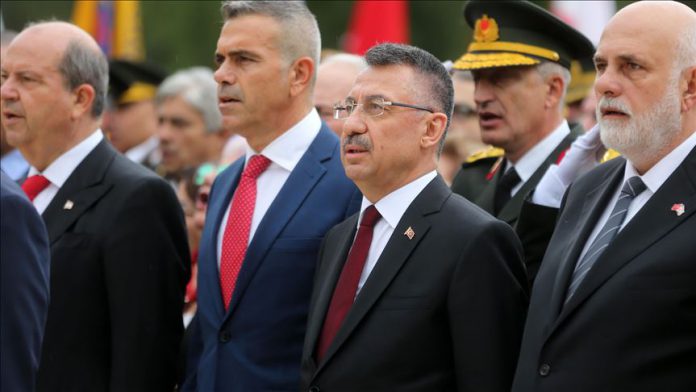 During the ceremony, the participants observed a minute of silence. Fuat Oktay, together with TRNC President Mustafa Akinci, laid a wreath at the Lefkosa Ataturk monument.

Then, as part of a tradition, Oktay signed the record book at the monument and wrote that TRNC was founded as a result of the resolute stance of Turkish Cypriots and Turkey was proud to mark the foundation of the country.

Read more: ‘Ankara will continue to stand by Turkish Cypriots’