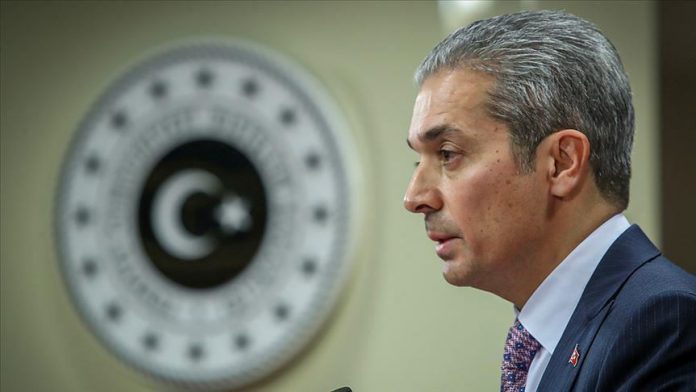 “By targeting Turkey in his interview with ‘Le Monde’ newspaper, French Minister for Europe and Foreign Affairs Jean-Yves Le Drian is trying to cover up the desperate situation that France is facing due to the coronavirus crisis,” said Hami Aksoy, spokesman for the Turkish Foreign Ministry, in a written statement.

In response to a question regarding Le Drian’s statements, Aksoy said: “It appears that the help extended by Turkey during these dark times as a true friend has created discomfort in France who could not help its European