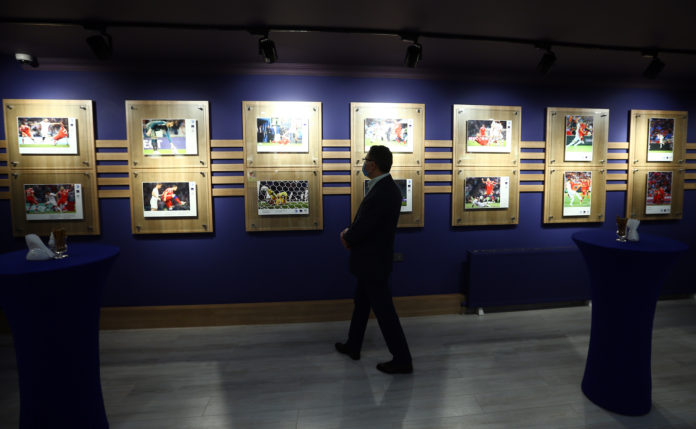 The Russian Centre for Science and Culture is hosting a photo exhibition of football matches in the Turkish capital Ankara.

The exhibit, titled “Football for brotherhood,“ is being held in coordination with the Russian embassy in Turkey, Russia’s TASS news agency and Anadolu Agency.

It features 36 photos from two football matches played between Turkey and Russia during the 2018 UEFA Nations League.

They were taken by photojournalists from Anadolu Agency and TASS.

“The timing of this exhibition is important since we are celebrating the 100th year of diplomatic relations with Turkey,” said Enver Sheykhov, a counsellor of the Embassy of the Russian Federation.

“We hope this event will allow our countries and citizens to know and appreciate each other more,” he said.

Sheykhov added that the exhibition symbolizes the brotherhood and friendship between the two countries.

The photos will be on display for at least a week.