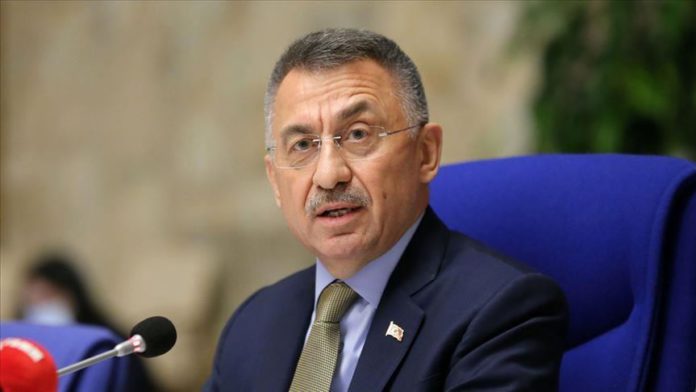 “We are following the election in the US impartially, that’s it. We do not choose sides,” Oktay said in an interview with local television channel A Haber.

Describing earlier remarks of Democratic presidential nominee Joe Biden on Turkey as “unfortunate,” Oktay said: “For Turkey, in the United States or any other country, [President Donald] Trump or Biden, this does not mean much for us.”

Biden infuriated Turkish political parties after a video recorded last December but first reported on Aug. 15 called for support for the opposition to topple Turkish President Recep Tayyip Erdogan in the 2023 elections.

The Turkish vice president said that Ankara will maintain its stance even after the US election.

Earlier today, Turkish Foreign Minister Mevlut Cavusoglu said: “Whoever is elected [in the US], Turkey will approach the new American administration in the same way it approaches any other country.”

Biden is on the verge of victory, just six delegates short of the necessary 270 Electoral College votes to win the presidency. Trump, while still competitive, has far more delegates to accrue, currently standing at 214, according to AP.