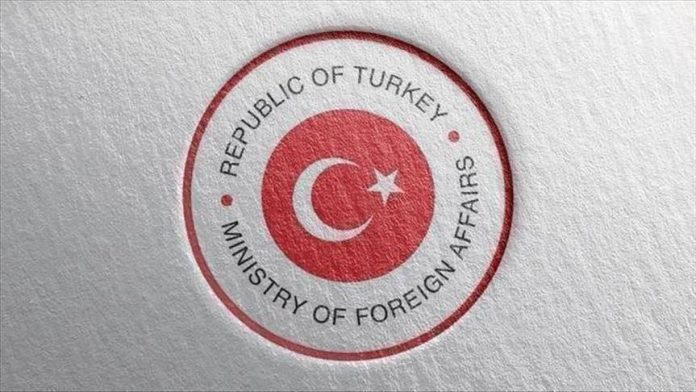 Turkey condemned on Friday the use of “negative language targeting Turkey” in a budget bill passed in the U.S. Congress.

“This is the latest outcome of the agenda pursued by Members of Congress who are bent on damaging our bilateral relations by any means,” Foreign Ministry spokesman Hami Aksoy said in an online statement.

“Turkey condemns the exploitation of even an ordinary budgeting process for the sake of the short term political ambitions of U.S. politicians,” Aksoy said.

Aksoy stressed that U.S. Members of Congress were “damaging their own reputations and credibility” by allowing themselves to be used by

'Greece should act in line with international law'