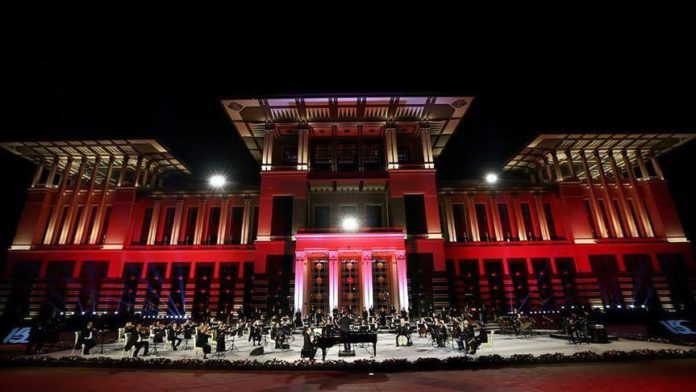 A piece by world-famous Turkish pianist Fahir Atakoglu composed to honor the national struggle on the night of July 15 four years ago premiered in the Ankara concert organized by the Directorate of Communications.

Atakoglu’s composition, which featured the most important moments and venues of the coup bid night, consisted of chapters called betrayal, honor, Marmaris, sela, call, commander-in-chief, house of the nation, martyrs bridge and watch of democracy.

'Armenia must stop attacks, send back its mercenaries'