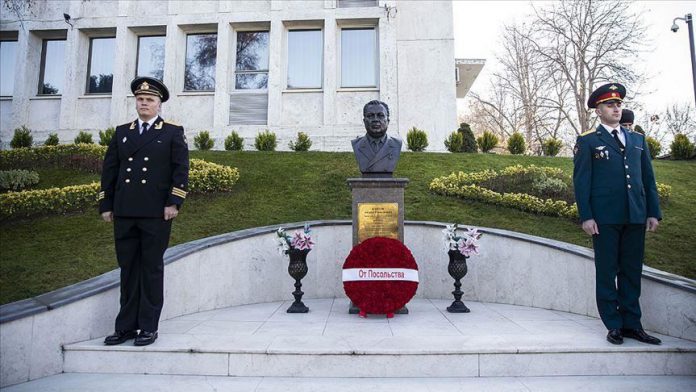 A ceremony in Ankara on Thursday commemorated Andrei Karlov, Russia’s former ambassador to Turkey, over his 2016 assassination in Turkey’s capital.

Russian Ambassador to Ankara Aleksey Yerhov, Yonet Can, an official from the Turkish Foreign Ministry, and Murat Baybatur, the head of friendship group between Turkish and Russian parliaments, were in attendance of the ceremony at the Russian Embassy.

On Dec. 19, 2016, Andrei Karlov was killed while addressing the opening of an art exhibition in Ankara by Mevlut Mert Altintas, an off-duty police officer linked to the Fetullah Terrorist Organization (FETO), the group behind the deadly defeated coup