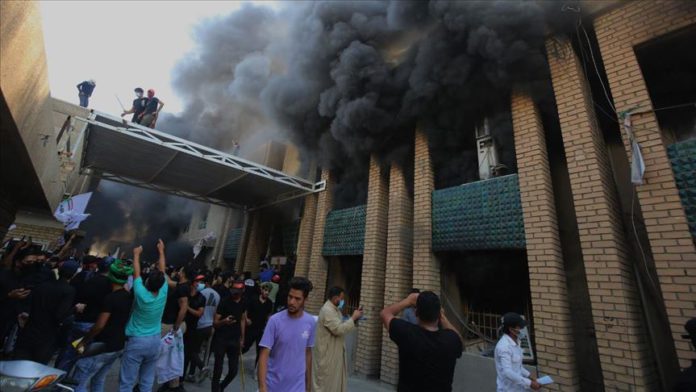 Supporters of the Hashd al-Shaabi militia ransacked the headquarters of the Kurdistan Democratic Party (KDP) in the Iraqi capital Baghdad and set it on fire, according to a security official and witnesses.

Angry protesters stormed the KDP premises in Karada district in central Baghdad and set it on fire, witnesses said.

There was no information about casualties. The KDP has yet to comment on the incident.

Anger has been building on among supporters of the Hashd al-Shaabi militia over statements by KDP official Hoshyar Zebari, who blamed the Shia militia for recent rocket attacks on the Erbil Airport.

Zebari’s statements have invited a storm of condemnations from Iran-backed Shia parties in Iraq.

The KDP is one of the ruling parties in northern Iraq’s Kurdish region.