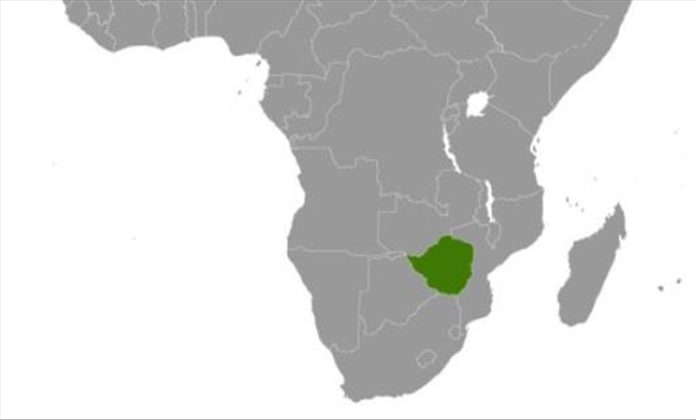 At the age of 17, Tiisang Dale, now 58, lost her parents, three uncles and a sister in the government-orchestrated genocidal war in Zimbabwe during the 1980s.

The period that has haunted many like Dale to this day is known as Gukurahundi, a series of massacres of Ndebele civilians by the Zimbabwe National Army from early 1983 to late 1987.

Gukurahundi is a Shona word that loosely translates to “the early rain which washes away the chaff before the spring rains.”

Many like Dale’s parents and loved ones were the “chaff” the government targeted.

Domiciled in Bulawayo, Zimbabwe’s second-largest city, Dale has found it much harder to forgive the regime which she accused of butchering her loved ones.

“Truly speaking, most of the time you forgive someone who comes to you and asks for forgiveness. Forgiveness is no child’s play. It’s easier said as a word than done. It’s not easy, especially when someone mutilates your parents and comes back again hiding behind his finger and talks of forgiveness which he literally doesn’t mean,” Dale told Anadolu Agency.

“I lost too many people to Gukurahundi and I’m fed up with people who take this Gukurahundi as a joke every day. Someone should ask for forgiveness showing this by actions not only by word of mouth. It’s not easy. Forgiveness is God’s role,” she said.

Many victims, like Dale, are angry decades after the atrocities, even as the world celebrates International Forgiveness Day on Aug. 1, with annual commemorations on the first Sunday of the month.

A member of the minority Ndebele tribe that was targeted by Gukurahundi is Sibongile Lateefah Banda, 57, of the Luveve high-density suburb in Bulawayo.

Even as a Muslim victimized by the genocide, she finds it hard to forgive the perpetrators.

“The time for forgiveness is long gone. Now it is time for us to stand for ourselves and defend what is ours, refusing oppression and demanding justice,” Banda told Anadolu Agency. “How can I forgive a government that is proud of killing my family and relatives during the 1980s massacres?”

Even opposition political activists like Mbonisi Gumbo of the Mthwakazi Republic Party (MRP), a Matabeland-based party, have not found it easy to forgive.

He is a member of the national executive committee of the MRP.

“I’m a Christian myself. I have a great appreciation of the subject of forgiveness. I am also in support of forgiveness at all times. Unfortunately, here we are dealing with an unrepentant regime that is in denial. it is determined to continue suppressing our people,” Gumbo told Anadolu Agency.

Zimbabwean President Emmerson Mnangagwa was minister of state for national security when Fifth Brigade troops of the Zimbabwe National Army killed thousands of Ndebele civilians in the Matabeleland region in western Zimbabwe.

The massacres resulted in an estimated 20,000 deaths.

Since coming to power through a military coup that toppled longtime ruler late Robert Mugabe in 2017, Mnangagwa has unsuccessfully tried to address the Gukurahundi issue.

During a meeting to address the emotive Gukurahundi with civil society organizations in the State House in Bulawayo last year, Mnangagwa said, “I reiterate that as Zimbabweans we are one. Together we can overcome any challenges that confront us.”

Nevertheless, many Ndebele tribesmen like Ndodana Moyo, who is based in Bulawayo, have taken Mnangagwa’s words with a pinch of salt.

“You only forgive one who has admitted his guilt or asked for forgiveness. I’m still very angry,” he told Anadolu Agency.

“It’s premature to observe International Forgiveness Day, with Gukurahundi and other violations still not addressed. The state, which perpetrated the genocide has over the years ignored calls for resolution,” Maphosa told Anadolu Agency.

“The anger is an expression of frustration, intergenerational trauma which results from the lack of political will by the political elite in government and the ruling party to help the people of Matabeleland and Midlands provinces bring closure to the Gukurahundi atrocities,” Mahiya told Anadolu Agency. “Forgiveness is a product of deliberate efforts by the perpetrator showing contrition which can only be established through a survivor-centered truth-telling process.”

Few, however, like Siphatho Ncube, 52, in Bulawayo, even as he was brutalized at the age of 13 in 1983, witnessing his mother stripped naked before she was mercilessly flogged by soldiers who demanded to know his father’s whereabouts, have mastered forgiveness.

“Forgive, yes, l forgave, but I shall not forget and I want our people who lost their lives and livelihoods to be compensated,” Ncube told Anadolu Agency.

Yet Mugabe has taken to his grave that Gukurahundi was a moment of madness.

Furious and seeing no meaning in celebrating International Forgiveness Day, Partone Xaba, 45, who is MRP’s organizing secretary, blamed the current crop of leaders for failing to resolve the Gukurahundi matrix.

“It’s not easy to forgive and forget about the trauma when the perpetrator is not showing remorse and asking for forgiveness.”

Phillip Muleya, 63, who survived the Gukurahundi wave, said: “I want the perpetrator to acknowledge that Gukurahundi was a genocide and the current leader Emmerson Mnangagwa is the chief perpetrator, together with his Zanu-PF party and the government.”

“Mugabe in 1999 said Gukurahundi was a moment of madness and he never told the world who was mad between him and the victims. Mnangagwa when given the opportunity to apologize in Davos Switzerland, said ‘let bygones be bygones’ and this reflected to the whole world that Gukurahundi perpetrators will never own up to the atrocities,” he said.