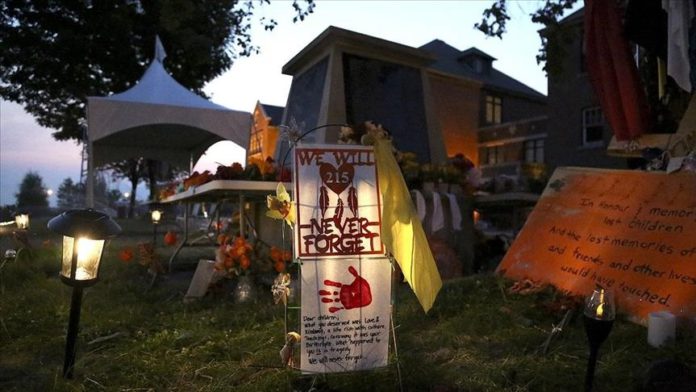 Anger at the Catholic Church continues to grow in Canada, even among adherents, because of the discovery of unregistered graves of children found in church-run schools in June, CTV News reported Thursday.

Some followers have left after the Church failed to issue an apology.

Some followers have encouraged the Catholic Church to apologize, while others decided to sever ties, stating that they could not remain silent about the “atrocity,” which was condoned by religious leaders.

Author Bernadette Hardaker said she struggled with the church’s stance on many issues, including Indigenous rights, but reached a breaking point where she could no longer stand, and she left the church.

Hardaker, who describes herself as an “ex-Catholic,” expressed shame for supporting an institution that ran away rather than take responsibility.

The Church’s stance is “more than hypocrisy and moral bankruptcy,” said Hardaker. It is “a sin of the deadliest kind.”

“You can’t be part of an organization like this all your life without caring about what happened,” she said.

It is estimated that before the last school closed in 1996, at least 4,000 children died and were unceremoniously buried without their parents knowing their fate.

About 150,000 children attended the schools, whose goal was to instill white culture in Indigenous children. Many are said to have suffered from physical, mental and sexual abuse.