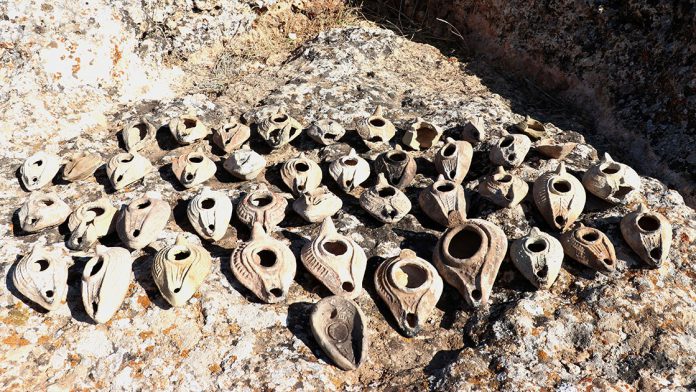 A total of 48 ancient oil lamps dating back to the Roman era were unearthed during ongoing excavations in southeastern Turkey.

The 1,700-year-old oil lamps were found in Zerzevan Castle, located in the southeastern province of Diyarbakir.

Aytac Coskun, head of the excavation, told Anadolu Agency that the lamps found in the area featured different motifs.

“Palms, rays, the sun, stars and various letters are among the motifs on the lamps. These different motifs and symbols represent eternal life, the power of the creator and the power of nature,” Coskun added.

The ancient castle, covering an area of roughly