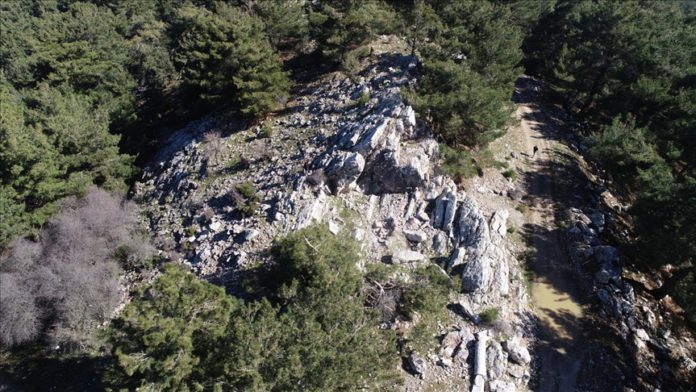 A stone quarry believed to have been used extensively in the Hellenistic and Roman periods has been discovered in western Turkey, authorities said on Saturday.

After four years of research, the quarry was unearthed in Tirazli village in the Karabag district of the Aegean province of Izmir, according to a statement by the Izmir Metropolitan Municipality.

“The Tirazli-Kesikkaya Quarry is understood to have been in use in the beginning of the Hellenistic period, on the Kadifekale-Kemeralti axis of Smyrna City since its foundation,” Akin Ersoy, head of the Smyrna Ancient City Excavation project, said in the statement.

Ersoy, a lecturer at Izmir Katip Celebi University, said there were many other such facilities around the city center in ancient times.

“It is understood that this quarry was used more actively to meet the needs of the magnificent buildings of Smyrna, which was growing and enriching especially in the Roman period,” he added.

He said it was unlikely that a single quarry would have met the demand for stone in such a large city, which is why researchers believe that there may be other quarries in the area.