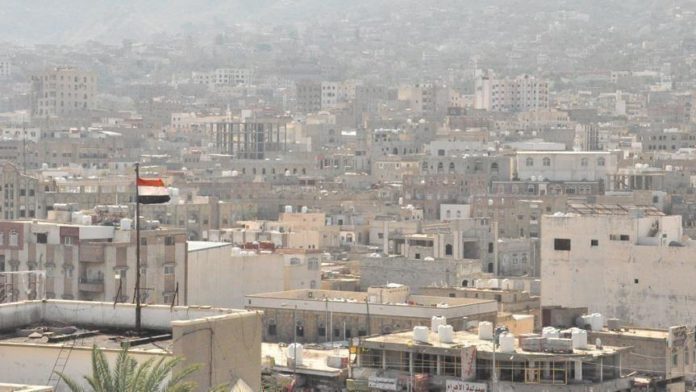 US President Joe Biden’s announcement to stop supporting military intervention and its intention to reverse the Trump administration’s decision to designate Houthi rebels a terror group may not end the conflict in Yemen, but it has signaled a marked shift from backing the interests of Saudi Arabia.

“The Biden administration is signaling that the US is actually now going to have a policy that is focused on Yemen,” said Scott Paul, Oxfam America’s policy advocacy director, adding, “it’s the right thing to do, and it will have a dramatic impact.”

But skeptics believe the plan may not work.

Quoting Dave Harden, a former US official, who led a human development team for Yemen, the Washington Centre for Yemen Studies (WCYS), a US-based think tank in its initial assessment said the move may actually help rebel Houthis to expand and consolidate power.

The WCYS assessment said the US policy essentially means ending support to the Arab coalition to fight the Iran-backed Houthis. But also continuing the fight against America-threatening terrorists — like Al Qaeda and the Daesh/ISIS.

The center, however, added that the policy left ambiguity on the practical elements of supporting Saudi Arabia’s defense.

Annelle Sheline, a research fellow at the Quincy Institute for Responsible Statecraft believes that the reason for allowing ambiguity was to keep Saudi Arabia happy that its defenses will be attended while giving Iran a carrot ahead of negotiations on its rejoining the nuclear deal.

The step also indicates that the US may have established backchannel contacts with Iran.

According to Jason Isakson, chief of policy and political affairs department of American Jewish Committee – a powerful lobby group — Iran’s regional aggression and its posing threat to neighbors will form a part of negotiations to revive the Joint Comprehensive Plan of Action (JCPA) known as the Iran nuclear deal.

The new US policy will not only end delivery of precision-guided missiles but will stop sharing intelligence with Arab allies, necessary for aerial bombings, to avoid civilian casualties in war-ravaged Yemen.

Experts believe that Biden’s choice of appointing veteran Gulf hand Timothy Lenderking as an envoy to Yemen also highlights his priority to find a diplomatic solution and give a push to the UN-led process.

Over the years, while the conflict in Yemen was primarily confined to the game of one-upmanship for regional powers like Iran and Saudi Arabia, of late, Israel has also joined the battleground riding on the shoulders of the United Arab Emirates (UAE).

A Yemeni tribal leader Issa Salem bin Yaqut recently alleged that the UAE has allowed Israel to build a listening post on the Yemeni island of Socotra to monitor activities in the Indian Ocean.

Located between the Guardafui Channel and the Arabian Sea, 250 kilometers (155 miles) from the Yemen coast, the island holds a strategic position overlooking one of the busiest shipping lanes.

In 2017, the UAE spent a major part of its $2 billion aid for Yemen to the island to allegedly buy loyalties of local tribes for the Southern Transitional Council (STC).

“I will visit the southern [Yemeni] Jews in their homes and I will go with them to Jerusalem and pray in the Al-Aqsa Mosque,” he tweeted.

Participating in an online seminar arranged by the WCYS, Norman Roule, who served the Central Intelligence Agency (CIA) for 34 years managing Iran, said the Arab alliance intervention in Yemen was not just a reaction to the Houthis coup in September 2014 and the Iranian expansion in the South Arabian Peninsula.

Arguing that the intervention was the result of series of provocative acts since 2011, he urged the new administration to stop the war in Yemen for the sake of its strategic and geographical location.

It is also becoming evident that under the Biden administration, the US relationship with Saudi Arabia is coming under intense scrutiny due to various factors, including the murder of journalist Jamal Khashoggi in 2018, suppression and jailing of political dissidents at home; and the Saudi’s role in the humanitarian crisis in Yemen.

US Senator Chris Murphy, a member of the Senate Foreign Relations Committee, has called for a “reset” of US-Gulf relations as part of efforts addressing Saudi human rights allegations.

Elisa Catalano Ewers, an adjunct senior fellow at the Center for New American Security, said the Yemen decision has made it clear that the Biden administration is following through on its “principled foreign policy instincts” and showing a willingness to have tough, honest conversations.

Most of them died because of indirect causes of conflict such as lack of food, water, and health services. Roughly another 24 million Yemenis require assistance to stay alive and fend off diseases like cholera.

The conflict began after long-time authoritarian President Ali Abdullah Saleh was forced to hand over power to his deputy, Abdrabbuh Mansour Hadi, in 2011 following public protests.

Taking advantage of instability and people’s anger against the government, the Houthi movement, known formally as Ansar Allah, including Yemen’s Zaidi Shia Muslim minority who were fighting Saleh during the previous decade, took control of their northern heartland of Saada province and neighboring areas.

Many Sunnis disillusioned with the government also joined them, helping them to take the capital, Sanaa, which forced Hadi to flee abroad in March 2015.

Saudi Arabia and eight Arab states soon began an air campaign against Houthis, in a bid to stop Iranian influence in Yemen and restore Hadi’s government.

They received logistical and intelligence support from the US, UK, and France. Militants from al-Qaeda in the Arabian Peninsula (AQAP) and the local affiliate of the rival Islamic State group (IS) have also taken advantage of the chaos by seizing territory in the south and carrying out deadly attacks, notably near Aden.

In July 2019, the UAE broke away from the Arab alliance and backed separatists in the south, forming the STC. Last year they declared self-rule in Aden and took control of the port city and southern provinces.

Writing for the US-based Middle East Institute, Ibrahim Jalal, co-founder of the Security Distillery think tank, and Mustafa Naji, a former Yemeni diplomat asked the US to put credible pressure on Iran and its Gulf partners to stop sending arms to actors other than the internationally recognized government of Yemen.

They noted that arms shipments from the UAE to the STC were raising serious concerns about the spread of conventional and non-conventional foreign-made arms transferred to entities other than the Yemeni Armed Forces.