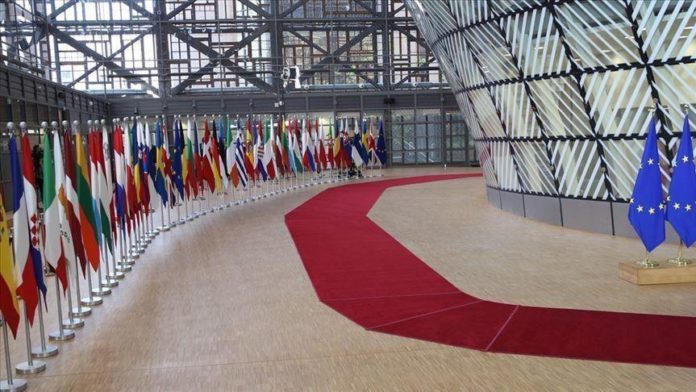 *The author is an alumnus of Trinity College Dublin, specialized in Master of Laws (LL.M.) in International and Comparative Law. He is a 2019-2020 European Union (EU) – Jean Monnet scholar. He holds a Bachelor of Arts (B.A.) degree in law and minor degree in political science from Bilkent University. His main focus areas are Turkey-EU relations, Eastern Mediterranean and contemporary debates in Turkish foreign policy. He has a special interest in public international law, EU law and Late-Ottoman Era legal-political developments.

EU leaders will meet in Brussels on Dec. 10-11, 2020 to discuss various issues including the ongoing COVID-19 pandemic, climate change, security and external relations. Under the title of “external relations”, the European Union (EU) has been experiencing lasting stalemates with the United States and Turkey, which would undoubtedly constitute a significant part of the agenda of the upcoming summit.

Regarding the long-term effects of the pandemic, it has long been emphasized that the ongoing tension in the transatlantic relations would endure despite the “America Is Back!” messages of Joe Biden, the president-elect of the United States. Moreover, if common sense prevails once again, the United States would continue relying on regional allies such as Turkey, rather than directly intervening in conflicts in the Middle East and North Africa, and in return, it would continue maintaining its subtle observer position in the region.

Nevertheless, it is worthwhile to add that US Secretary of State Mike Pompeo’s remarks against Turkey in the NATO Ministerial Meeting aroused suspicion. On the flipside, bearing in mind that the EU was at odds with the Obama and Trump administrations’ decisions to disengage from the Eastern Mediterranean, it will be realistic to anticipate the persistence of the ongoing crisis between Turkey and the EU unless the Union embraces a sound approach that is considerate of Turkey’s national security concerns.

On Dec. 9, 2020, Reuters reported that Turkish drillings in the Eastern Mediterranean would possibly constitute the core reason for toughening the sanctions against Turkey, as expected. No matter how the strategy and discourse of the Union will be shaped, 10-11 December 2020 Conclusions will be quite unfortunate, if drawn up in an uncompromising way, in the wake of the 1-2 October 2020 European Council Conclusions. As remembered, those conclusions pronounced the modernization of the EU-Turkey Customs Union and the necessity of the convening of an Eastern Mediterranean Conference, which was once proposed by the Turkish President Recep Tayyip Erdogan. Reuters reported that “the EU will sanction more Turkish individuals and companies responsible for drilling” in the Eastern Mediterranean. The sanctions list may be upgraded “on the basis of a sanctions list already in place since 2019”.

The Turkish Ministry of Foreign Affairs, in response to a statement of the Greek Foreign Minister Nikos Dendias, stated that “no sanctions will ever make Turkey compromise its sovereign rights be it in Meis/Kastellorizo or 10 nm airspace” via Twitter. Meanwhile, Presidential Spokesperson Ibrahim Kalin, reiterating the ministry’s principled stance, stressed that the sanctions would never work and were counterproductive.

Possible repercussions of the summit

Although Greek Prime Minister Kyriakos Mitsotakis recently claimed that Greece had managed to turn what was a row between Turkey and Greece into a Turkey-EU dispute, splits within the Union bring new subtle equilibriums to mind. In other words, different and inconsistent approaches embraced by several EU-member states, such as Germany, Spain, Hungary, Poland and Bulgaria, may preclude the EU leadership from agreeing on a sanctions list regarding Turkey. For instance, Spanish Ambassador to Turkey Javier Hergueta’s remarks explicitly ruled out sanctions on Turkey. Yet, the ambassador reiterated that the dispute in the Eastern Mediterranean has to be settled bilaterally between Turkey and Greece, in opposition to Mitsotakis’ aforementioned thoughts. In fact, Madrid is aware that Spain has increased its investments in Turkey by 3 to 4% per year since 2012 and the Spanish people should not refrain from consolidated trade and economic relations with Turkey by giving any consideration to the Greek-Greek Cypriot duo’s arbitrary demands, which do not reflect EU27’s benefits.

Budapest is another European interlocutor that can appreciate Turkey’s legitimate interests and has maintained that not only the dispute in the Eastern Mediterranean is related to the lucrative off-shore resources of the field but also the settlement of the ongoing dispute is closely related to Turkey’s national security and Europe’s stability. Hungarian Foreign Minister Peter Szijjarto’s working visit to Ankara is the manifestation of how the issue of consistency in the EU-Turkey relations overweighs the arbitrary demands of the Greek-Greek Cypriot duo for Hungary. Szijjarto, for example, tacitly refused to satisfy the Greek-Greek Cypriot duo’s thirst for sanctions on Turkey by reiterating that the Union’s security depended heavily on Turkey.

After the United Kingdom (UK)’s problematic withdrawal from the EU, many analysts presupposed that Turkey lost a Turcophile ally in the EU but in fact, in addition to Turkey’s increasing bargaining power over the Union and its member states, Anglo-Turkish relations have gained a significant momentum since Brexit. At this point, comments of Prof. Huseyin Bagci, a scholar of international relations at Middle East Technical University (ODTU) and the chairman of the Foreign Policy Institute, also affirm the Anglo-Turkish engagement with regard to the current Turkey-EU dispute. Bagci clarifies that the UK is currently carrying out diplomatic moves to preclude EU sanctions on Turkey.

Interestingly, he also adds that the conclusions of this Summit would be one of the most important decisions of German Chancellor Angela Merkel in her political career. Considering first and foremost Greece’s intransigent behavior and the irresponsibility that it has displayed by concluding an illegal maritime delimitation agreement with Egypt despite German mediation efforts, Merkel would surely take lessons from the past and fortify Germany’s sound approach towards Turkey, which ought to be excluding the threat of sanctions from the European discourse this time.

No matter how the interests of EU and non-EU countries in the region will shift, Turkey’s prominence for the European security appears to have become a premise of the European consensus, with the exception of France and the Greek-Greek Cypriot duo. Turkey, along with the non-EU NATO allies, the United States and the United Kingdom, and the non-EU European power Russia, has eventually become one of the cornerstones of European security. If the relations between NATO and the United States see consolidation under the Biden leadership, this interpretation among European and American policy makers will be more evident.

Sinan Ulgen, the chairman of the Istanbul-based think-tank EDAM and a former Turkish diplomat, is also of the opinion that in the long-run, the Biden administration’s choosing to rely on traditional American allies in its foreign policy and to concentrate on NATO-US relations would eventually alleviate the crises in Turkish-American relations.  Meanwhile, this prospect, which is reminiscent of the distinguished Turkish scholar Prof. Fahir Armaoglu’s proposal for a “flexible alliance” in the Turkish-American framework, would also definitely be considered by the European counterparts of President Erdogan.

Taking into account all of these points, it is highly likely that heavy EU sanctions on Turkey will remain on paper. While Russian and Chinese resurgences in the region remain significant security concerns on the European and American agendas, calling for heavy sanctions on Turkey is unreasonable for both the EU and the United States. Instead, EU27 must acknowledge that the tensions between Turkey and Greece in the Eastern Mediterranean emanate from a maritime dispute between the two sides and the Union has no jurisdiction over maritime jurisdiction areas. Based on these facts, one hopes to see a neutral EU stance, based on the Union’s well-esteemed and honorable core tenets, without the instrumentalization of sanctions for blackmailing Turkey, an EU candidate country.