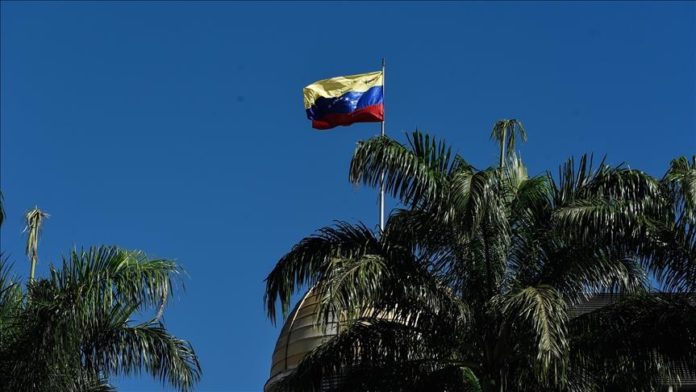 In a series of interviews given by Venezuelan President Nicolas Maduro, Vice President Delcy Rodriguez and Oil Minister Tarek El Aissami to one of the most influential financial news networks, Bloomberg, Caracas clearly sent two messages to the international community: an urgent need for fresh foreign investments and an intention by the Maduro administration to start direct negotiations with the US administration of Joe Biden, which currently supports the South American country’s opposition leader Juan Guaido.

Specifically speaking, in the interview with the Venezuelan oil minister, who is currently under US sanctions and is a key ally of Maduro, several key topics discussed stand out. They include El Aissami’s urgent call to US oil investors to come back and invest in Venezuela’s troubled oil industry, assurances that the gasoline shortage crisis will be resolved in the coming days, his rejection of the US sanctions on oil exports and imports and his promises to recover the decayed oil production (currently averaging 500,000 barrels a day), amid a severe crisis impacting the national oil company, PDVSA.

In this sense, what seems interesting among all these interviews conceded by the Venezuelan authorities are the timing and the fact that a political system having long declared since its coming to power in the country against capitalism and neoliberalism offered this rare set of talks to one of the most influential financial news networks such as Bloomberg, which has its bureau and team of correspondents in Caracas while also being one of the relatively few international news media outlets not being constantly harassed by the state authorities in the country.

In terms of the geopolitical timing and context, amid this move by Maduro and his team in opening up to the US and international investors using this globally influential media outlet, given the protracted economic and oil crisis in Venezuela, Caracas is surely watching how a key ally like Iran specifically is trying to negotiate with the US a new more beneficial nuclear deal, especially after the recent election of Ebrahim Raisi as president of Iran, being this a priority now for Tehran.

Similarly, Caracas surely is aware of the more cautious position by China, which used to give Venezuela massive loans in exchange for oil shipments during the former Chavez era and has long since stopped this mechanism, pushing the Maduro administration to raise the stakes vis-a-vis the new Biden administration ahead of regional elections for governors and mayors on Nov. 21 in order to get fresh investments while on the other hand offering political concessions, albeit small, to the political parties in the opposition.

Therefore, despite these calls and offerings to international investors by Venezuela’s oil minister and his guarantee to lift oil production, it seems unlikely that there will be a revamping of the Venezuelan oil industry in the short or medium term without clear rules of the game, a solid legal framework, political changes and an overall clean and optimal climate for investments, in a move seen by local public opinion as clearly convenient for a government in dire need of fresh funds and capital.

Almost immediately, as a reply to these calls by the Maduro government through Bloomberg, the White House rejected any negotiations with Caracas unless there is a political transition, free elections (an important test for this will be the next electoral process in November and after the election of a new electoral authority) while still backing Guaido.

Meanwhile, for the Maduro administration to get fresh investments, it seriously needs to brush off allegations of corruption and take urgent measures to slow down hyperinflation now visible in the dollarized local economy as some of the key steps if it wants to regain the trust of international investors and also facilitate political changes in the short term as Venezuela still faces the worst crisis in its history.