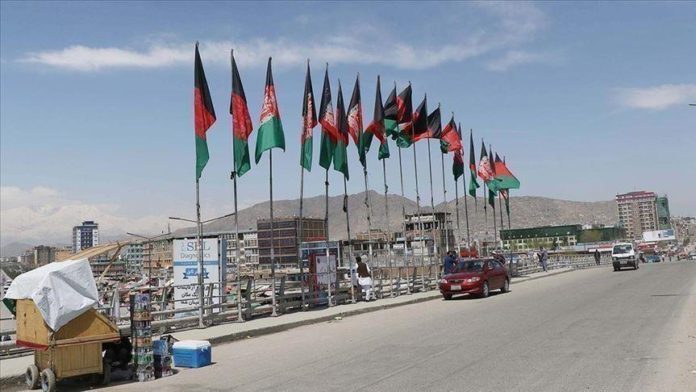 The situation unfolding in Afghanistan in the wake of the withdrawal of US-led NATO forces has prompted several powers to realign their relationship to thwart common threats and strive together to stabilize the region. The Central Asian and South Asian countries are keenly observing the evolving situation.

There are rising concerns in Uzbekistan and Tajikistan which have contiguous borders with Afghanistan. Russia is extending reassurances and military assistance to these two Central Asian countries and also to Kyrgyzstan.

Tajikistan’s border security forces reported on Monday that the Taliban have taken full control of five counties in Ishkashim district of Badakhshan province bordering their country. This led Afghan troops who were guarding the border to take refuge in Tajikistan. Over the past fortnight 1,500 Afghan troops have escaped and taken refuge in Tajikistan, Tajik news sources reported.

In the opinion of retired American Gen. David Petraeus, who commanded troops in Afghanistan in 2010-11, the hasty withdrawal of US forces has seriously compromised the psychological assurances that every Afghan soldier counted on to carry out defending duties. Consequently, they will doubt if they could have a reliable backup to augment their survival, support, and evacuation prospects.

Meanwhile, Nikolai Patrushev, secretary of Russia’s National Security Council voiced concerns that the situation in Afghanistan would degrade further after the US and NATO troops completely leave the country. This, he feared could contribute to “an increase in the terrorist activity of ISIS/Daesh and al-Qaeda” elements in the region.

Foreign Ministers of Uzbekistan and Tajikistan were recently invited to Washington for consultations to formulate backup plans that could allow the US to bank upon these two countries in the wake of any emergency. US Secretary of State Antony Blinken held separate meetings with Uzbek Foreign Minister Abdul Aziz Komilov and Tajik counterpart Sirojiddin Muhriddin.

The center of the discussion was to explore elements of active cooperation to address the situation in Afghanistan after the complete withdrawal of troops.

Muhriddin described Afghanistan as the most important issue, which he directly linked with fighting against terrorism, extremism, drug trafficking, and other crucial regional challenges.

The US is pursuing active diplomacy with Afghanistan’s closest neighbors in Central Asia to patch together an understanding that every state needs to contribute towards stabilizing the region.

Komilov stated that Uzbekistan pays serious attention to the evolving situation in the region. He said he explored how this situation will impact the future of Uzbekistan’s bilateral relations with the US.

Uzbekistan’s geo-strategic location allows Tashkent to explore avenues for bilateral, regional, and multilateral cooperation for improving its diplomatic standings. It strives to display its resolve and initiative to capitalize on the opportunities and thus advance its economic interests too. Developing and expanding land links to and through Afghanistan will allow Uzbekistan to carve out a larger share in the spheres of regional transit, trade, and transportation.

Blinken pointed out that part of the US efforts involved reorganizing the counter-terrorism capabilities and assets in the region to prevent the re-emergence of a terrorist threat in Afghanistan. US sources pointed out that given Uzbekistan and Tajikistan’s proximity to Afghanistan, Washington is seeking to reposition some forces in those states for keeping an eye on Taliban and al-Qaeda.

This means that the first-tier troops, drones, bomber planes, and intelligence assets are to be placed at bases or appropriate facilities have to remain available in neighboring countries. The US has bases in the extended neighborhood of Afghanistan in the Middle East and has ships deployed in the Indian Ocean.

Several countries fear that the US withdrawal from Afghanistan could expose the region to instability and revive the transnational threats.
Russian Foreign Minister Sergei Lavrov has voiced his displeasure at the sections of Afghanistan’s ruling structures, who are trying to prolong the negotiation process. “They should think about the consequences of these actions for their homeland,” he said.

As part of the extended “Troika” along with representatives of China, the US, and Pakistan, Lavrov said that the Russian side was trying to reason with the concerned political actors not to drag Russia in the negotiations on the formation of a transitional government in Afghanistan.

“Russia is already holding consultations both through bilateral channels and within the Collective Security Treaty Organization to protect its neighbors in Central Asia from any direct and serious threat,” Lavrov told reporters in Moscow in early July.

Although the recent upsurge in Taliban activities in Afghanistan does not pose a direct threat to Russia, yet the Russian Defense Ministry is taking necessary measures, says Dmitry Zhirnov, the Russian ambassador to Kabul.

He added that in Russia’s Southern military theatre a dedicated district (which includes military facilities in Tajikistan, Kyrgyzstan, and Kazakhstan) will receive new and modernized military equipment, including the Sukhoi-34 multirole aircraft over the next six months.

Russia is also strengthening the air defense capabilities of the Russian military base in Tajikistan, where the newest Verba portable anti-aircraft missile systems (MANPADS) will be deployed. It was also reported that Russia’s 201st military base located in Tajikistan’s mountains held maneuvers involving paratroopers’ descent Mi-8MTV5-1 army aviation helicopters behind mock enemy lines.

The exercise also involved deploying small arms and RPG-7V grenade launchers to neutralize the imaginary rebels. According to reports T-72 tanks, motorized riflemen on armored personnel carriers completed the destruction of scattered groups. About 500 servicemen took part in those maneuvers.