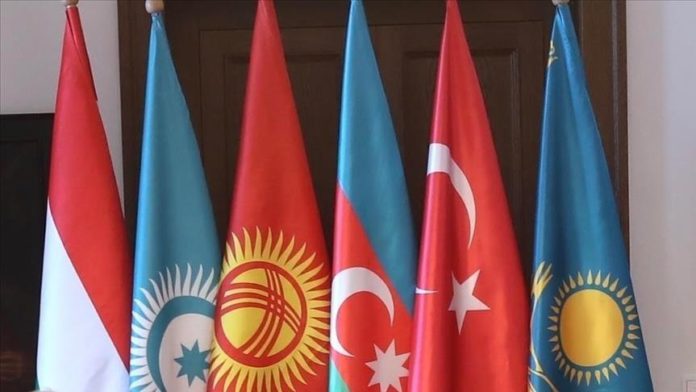 If it had not been for the COVID-19 outbreak, the Turkish Council’s informal summit, which will be held online in Turkistan on March 31, 2021, would have been held face-to-face. Turkey, Kazakhstan, Uzbekistan, Azerbaijan, and Kyrgyzstan, as well as Hungary, will participate in this important summit. Turkistan, which was declared the provincial center by Nursultan Nazarbayev, the founding president of the Republic of Kazakhstan and a respected figure in the Turkic world, in 2018, became a completely new face with its hotels, museums, shopping centers, as well as cultural and educational institutions. But because of the course of the outbreak, it was decided to hold the meeting online. At this meeting, it is expected that Turkistan, where the mausoleum of Khoja Ahmet Yesevi and the International Turkish-Kazakh University of Khoja Ahmet Yesevi are located (formerly named ‘Yesi’), will be declared the “spiritual capital of the Turkic world.” The official summit will be held in Istanbul at the end of this year. At the Istanbul summit, the vision of the Turkish World 2040 prepared by the Turkish Council will be put on the table.

However, before these critical meetings, it is necessary to draw attention to the dizzying developments in relations between Turkey and the states of the region. As is known, in the 21st century, the weight of the world economy will be primarily fixed in Asia. This region is one of the most important pillars of Turkey’s multi-faceted foreign policy in recent years. The “Re-Asia” initiative launched by the Foreign Affairs Ministry of the Republic of Turkey in 2019 seems to have gained momentum, especially recently with the Turkish republics in Central Asia.

Turkey’s support for Azerbaijan in Karabakh also resonated here, and the issue of other Turkish republics supporting Azerbaijan, like Turkey, was raised. It is said in the region that the motto of Azerbaijan and Turkey, “one nation two states,” should now flow in the form of “one nation six states.” This is a significant development for the future of the Turkic world. Turkish Foreign Minister Mevlut Cavusoglu recently visited Uzbekistan, Kyrgyzstan, and Tajikistan. During these visits, many cooperation agreements were signed. Again, Turkey’s National Defense Minister Hulusi Akar visited Kazakhstan as part of military cooperation. Two weeks ago, Kazakhstan’s Deputy Prime Minister and Foreign Minister Mukhtar Tileuberdi also visited Turkey. The informal summit of the Turkish Council on March 31 will be held online, and the Turkish Council summit, which will take place at the end of the year, will also be held face-to-face in Istanbul.

Efforts to transition to the Latin alphabet in the Turkic world gained momentum. Uzbekistan, in particular, carries out necessary cooperation with Turkey in the field of education. Ahmet Yesevi University in Kazakhstan and Manas University in Kyrgyzstan are important institutions in the area of educational collaboration. The Turkish Council of Turkish Academy of International Turkish Culture Organization (TURKSOY), the Parliamentary Assembly of Turkic Speaking Countries (TURKPA), Turkish Cooperation and Coordination Agency (TIKA), and Yunus Emre Institute (YEE) carries out many vital functions. The presidency of Turks Abroad offers scholarship opportunities for higher education in Turkey to students from this region and carries out many projects. It is expected that these relations will continue to increase in the coming years. Only in the reconstruction of the city of Turkistan within two years, Turkish companies have a significant share in investments in airports, shopping centers, hotels, and infrastructure. Direct flights to Istanbul from the airport operated by a Turkish company are expected to begin, and in addition to The Hive, Bukhara, Samarkand, Tashkent axis of Uzbekistan, the city of Turkistan in Kazakhstan will also be an important destination center, especially for Turks. Currently, thousands of Turkish companies and employees serve in Kazakhstan.

The strategic partnership agreement signed with Kazakhstan in 2019 has already taken the good relations between the leaders and peoples of the two countries to a higher stage. Kazakh officers were already training in Turkey as part of their military training. Again, the exchange of professional experience in military schools took place, and after that, cooperation with Turkey in the field of cybersecurity was announced personally by the Defense Minister of Kazakhstan. Kazakh soldiers will increase their experience by participating in exercises in cold weather conditions with the Ephesus exercise. Meanwhile, Turkish-made armed UAVs’ success in Syria and Karabakh has attracted the attention of the armed forces in the region, including Kazakhstan. After the defense minister’s recent visit, military and technical relations between Turkey and Kazakhstan are expected to gain further momentum.

During the last visit of Kazakhstan’s Foreign Minister Tileuberdi to Ankara, it was emphasized that the developing relations in all areas reached the level of strategic partnership and a mutual agreement was reached to maximize these relations. Turkey is described as the first sister to recognize this country officially, and Turkey’s medical assistance during the COVID-19 outbreak is remembered with gratitude. Turkey, Turkish language, Turkish series, Turkish products and Turkish companies, Istanbul and Antalya as tourism destinations have all become brands there.

Relations with Uzbekistan have significantly improved since 2016, albeit a little late. Several cooperation agreements were signed as a result of mutual visits by the leaders and foreign ministers of the two countries. These two countries, which have close ties historically and culturally, are equally eager to develop relations with the Turkic world. Turkey-Uzbekistan relations, which soon rose to the level of strategic partnership, have also turned into cooperation in international institutions such as the UN, UNESCO, the Organization for Islamic Cooperation (OIC), the Turkish Council, and TURKSOY. However, efforts to mutually abolish the visas between citizens of both countries could not make it to the expected level due to the outbreak, though two major tourism destination in Turkey and Uzbekistan in the field of tourism holds great potential for cooperation. Especially in tourism facilities and construction works, Turkey has already contributed significantly to the growth of Uzbekistan’s existing tourism potential with many companies; meaningful collaborations are taking place in the field of health, logistics, transportation, and service sectors and especially in the field of education in Turkish and Uzbek institutions. There is rapid cooperation both on the basis of universities and faculties and between research institutes and libraries; some Turkish universities have opened branches in Uzbekistan. In Uzbekistan, where TIKA also conducts important activities, cooperation in the field of education and culture is expected to be crowned with a Turkish-Uzbek University, just as in Kazakhstan and Kyrgyzstan.

For the Turkic world, the increasing cooperation of pivot (axis) countries such as Turkey, Kazakhstan, Azerbaijan, and Uzbekistan is of great importance for the unity of the Turkic world in the future. Let’s end our article with the last word, as always: “two hands are better than one” or “strength is born from unity.”