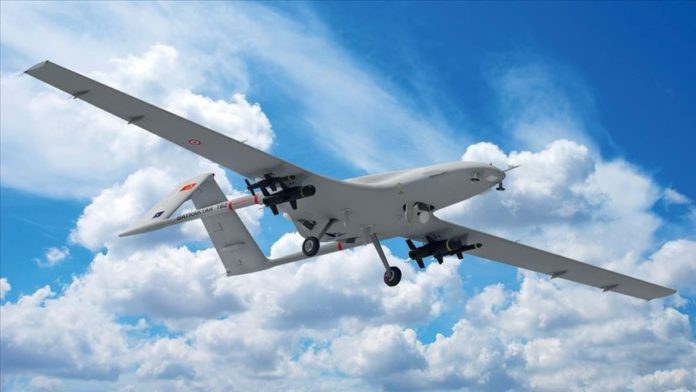 The writer is the director of security and defense research program at the Istanbul-based think-tank EDAM.

Well, if you think that Turkey is already a regional drone power, the next round might be even more aspirant. Ankara’s drone proliferation efforts are likely to introduce true capability leaps. Briefly, Turkey’s unmanned systems vision is investing in smarter technologies, heavier platforms, and more innovative CONOPS (concept of operations).

Autonomy and swarming loom large as the two key words one needs to grasp for envisaging future robotic warfare. In this respect, Project Kerkes remains the leading effort of the Undersecretariat for Defense Industries, Turkey’s main procurement body. Unveiled in 2019, the ambitious project is centered on producing mini drone swarms with deep learning technologies, autonomous navigation without relying on GPS-based systems — or in jammed environments –, and smart targeting features in complex battlegrounds.

Turkish defense firms, for some time, have been working hard to field heavier systems. The Turkish military’s principal unmanned aerial vehicles, Bayraktar TB-2 and Anka, have some 55kg and 200kg combat payloads respectively. Nevertheless, they carry Roketsan-manufactured small & smart solutions, such as the MAM-L, which has been a boost for their combat effectiveness.

In the 2020s, the Turkish Armed Forces’ forthcoming platforms will offer something really different.

The Akinci (Raider) deserve utmost attention in this respect. Designed and produced by Baykar, the makers of the signature Bayraktar TB-2, the Akinci will enjoy a payload of 1,350kg. This drastic increase in combat payload capacity will enable the platform to carry game-changer munitions such as the SOM-A indigenous cruise missile with a range of 250 kilometers. The combination of an air-launched cruise missile and drones would equip Turkish defense planners with ‘unmanned deep-strike missions’ options. Along with the SOM-A air-launched cruise missile, the Akinci will be able to deliver MK-82 and MK-83 bombs, which were upgraded to JDAM (Joint Direct Attack Munition) standards by TUBITAK SAGE through adding a KGK (Kanatlı Güdüm Kiti), that is, wing-assisted guidance kit. The GPS / INS-supported guidance enables these “once dumb bombs” to hit their targets from up to a range of 100km (depending on the drop altitude) and 10 meters of CEP (circular error probable).

In other words, had the Turkish military operated something like the Akinci during its Idlib intervention, the destructive results on the Syrian Arab Army would have been way larger in a shorter time.

The other game-changer UAS will be Aksungur, especially with respect to naval balance of power. TUSAS’ Aksungur will carry a magnetic anomaly detector (MAD) and a sonobuoy, which remain essential tools for anti-submarine warfare (ASW). In fact, present writings on the ASW functions attach critical importance to relying more on unmanned systems alter the Cold War-remnant electronic intelligence, manned patrol aircraft, surface vessel, and submarine chain to detect hostile submarines. This intention makes even more sense in the age of Coronavirus austerity measures in defense economics. Unmanned systems are cheaper to field and operate, and more expendable as they do not risk friendly lives.

Last, having furthered the experience harvested from the Aksungur project, TUSAS is now working on a faster platform, the Goksungur.

The Syrian battle-space has long been a warfighting laboratory. All the belligerents, states and non-states, have learned key lessons from almost a decade of fighting. Artillery & drone fusion is one of these lessons. Russian and Turkish militaries have digested the importance of using unmanned aerial systems as artillery-spotters.

In its recent Idlib campaign, the Turkish military used the Bayraktar TB-2 and the Anka-S UAS in collaboration with multiple-launch rocket systems (MLRS) and howitzer (predominantly 155mm-class Firtina) assets.

In comparison, the Russians’ advantage stems from their 2K25 Krasnopol guided artillery projectiles with a reported hit probability of 70% to 80% with a range of 20km. Turkey does not have such munitions for its principal fire-support weaponry. Probably, the most notable Western asset in kind would be the Raytheon & BAE Systems’ joint 155mm-class M982 Excalibur family of munitions.

However, when it comes to comparing it with the UAS, Turkey’s Bayraktar TB-2 and Anka-S enjoy longer endurances and heavier payloads compared to the Orlan-10. Besides, the Roketsan-made smart munitions enable Turkish drones to deliver pinpoint fire-power when needed.

The second notable project is the integration of Alpagu fixed-wing loitering munitions with the Akinci high-end UAS. On May 26, 2019, Turkey’s procurement chief Prof. Ismail Demir tweeted a promising simulation visual, showcasing the plans to embark these kamikaze drones on the Akinci UAS as a delivery platform.

Releasing swarms from various platforms is the most recent, shiniest, and the most future warfare-driven game in the town nowadays. Back in 2017, the American military released 103 Perdix from F/A-18 Super Hornet aircraft. The US Navy has been developing its LOCUST (Low-cost UAV Swarming Technology) project, centered on swarming drones fired from MLRS-like tubes. In 2019, NASA tested the launch of CICADAs (Close-In Covert Autonomous Disposable Aircraft) from another unmanned mothership.

Turkish defense eco-system has a long way to go in this respect. For one, Ankara’s ideas are conceptual as yet. There is no known test of drones carrying mini-drones. At least, there is not any unclassified reporting as to such experiments. Besides, the future is not only about ‘larger drones carrying smaller drones’… Data fusion and network-centric concepts remain at the very epicenter of the next-generation robotic warfare.

Finally, Turkish drone proliferation roadmap involves some exotic features too. The Akinci will carry indigenous air-to-air missiles Gokdogan and Bozdogan. So far, the world’s skies have not seen an air warfare engagement that ended up with an unmanned victory over manned platforms. Some could argue that through beyond visual range (BVR) missiles, this can change, although it would still be very hard and remains to be seen.

Yet, it is almost certain that air-to-air assets will equip the Akinci with the critical capacity to down other unmanned platforms.

Turkey’s present UAS trends are fairly promising, suggesting that the nation will further accelerate its robotic warfare transformation in the coming decades, if the progress is managed effectively, especially under post-Coronavirus defense economics.

Of course, there are many unaddressed areas too. It is known that Ankara has interest in anti-radiation loitering munitions. This work has to be speeded up. With such capabilities, the Idlib campaign would have been more effective. Second, Turkey’s drone warfare roadmap has to go cross-domain. In other words, fostering operability between unmanned ground vehicles and unmanned aerial systems is a must. Third, robotics and autonomy necessitate multi-disciplinary research. Turkey needs institutions to develop multi-disciplinary, innovative, actionable know-how.

Nevertheless, Turkish defense eco-system sees each platform as a stepping stone to pave the ground for the next up. This is promising. The military is developing new CONOPS and learning through fighting. This remains another promising aspect. Besides, the gap between defense sector, namely the providers, and Turkey’s warfighters, namely the demand end of the supply chain, has narrowed in terms of feedback chains. This is something hard to see given the country’s decades-long bureaucratic culture. In many occasions, developers of unmanned systems work directly with operational units, which is the textbook depiction of shortcut productivity.

Finally, there is the geopolitical identity aspect. The term Akinci, or Akinji to pronounce it more correctly in English, roots back to the Turkish pioneer light cavalry pushing into the West. They fought carrying the legacy of the Turco-Mongol rider warriors of the eastern battlegrounds from which they came from. They rode into the riskiest frontiers, mostly outnumbered, relying on their excellent maneuverability and flexibility. Notably, during the Turkish Independence War’s final episode, Mustafa Kemal Pasha, later the founder of the republic and the commander-in-chief of the military at the time, used his horseback formations talentedly as a decisive asset, marking some of the last cavalry-won engagements in history. Turkey named its forthcoming main battle tank, the Altay, after the then commander of the Turkish Cavalry Corps, General Fahrettin Altay.

Likewise, the first high-end unmanned aerial system, which will go beyond tactical and MALE segments, is named after the Turkish horseback pioneer warriors, the Akinjis. These designations mean more than nostalgic symbolism, they reflect a strategic cultural legacy in Turkish military school.

48 bodies dug up from mass graves in Tarhuna, Libya