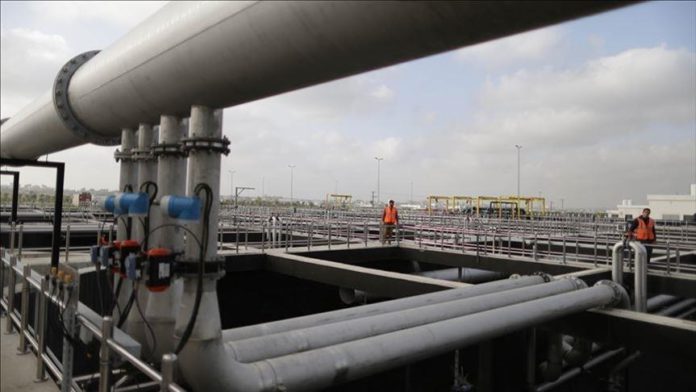 The author is an alumnus of Trinity College Dublin, specialized in Master of Laws (LL.M.) in International and Comparative Law. His main focus areas are Turkey-EU relations, Eastern Mediterranean, and contemporary debates in Turkish foreign policy. He has a special interest in public international law, EU law, and Late-Ottoman Era legal-political developments.

Turkey has undoubtedly become an important player in the regional gas industry, given the impressive success of the Turkish energy sector in expanding and improving its infrastructure over the last 15 years. Given that Turkey has the highest rate of growing energy demand among the countries of the Organization for Economic Cooperation and Development (OECD), it can be seen as the leading European country in terms of the highest energy demand increase. In other words, Turkey has become an undisputed and indispensable center of gravity for natural gas demand in its area and has evolved its capacities to import, transport, store, and export natural gas, as demonstrated by its ever-increasing intake of liquefied natural gas (LNG) from various suppliers, including the United States. In order to develop a robust and sustainable energy supply and energy price security, Turkey is implementing its energy strategy under the motto of “TurKEY for Energy”, which aims to eliminate the potential negative outcomes of the exploitation of interdependencies in the global energy market and to reduce the side effects of vulnerabilities and imbalanced economic dependencies. Likewise, “TurKEY for Energy” also offers a fresh start for the European Union (EU)-Turkey relations at the beginning of 2021, since its core objective is to guarantee Turkish and European energy supply and price security by consolidating the integrity of national and global networks to promote better market competition. Let us expand on this.

“The population problem has no technical solution; it requires a fundamental extension in morality.” (Garrett Hardin, American ecologist)

In 1968, American ecologist Garrett Hardin put forward his well-known concept, “Tragedy of the Commons”, in order to articulate how important it is to develop and properly implement a robust strategy concerning common goods, such as oil and gas. In his article, Hardin argues that since humans act in accordance with their individual short-term interests, shared societal goods and resources are overused and depleted, posing severe risks to the community. Meanwhile, increasing populations aggravate these conditions. [1]

Although there are many counter-arguments against Hardin’s appeal to restrict certain freedoms and rights over energy consumption, there is a wide consensus that the management of resources matters. Otherwise, bearing in mind that sparking price fluctuations in energy markets by manipulating interdependence has become a policy of numerous energy exporters, the absence of a long-term energy strategy would expose the volatilities of certain countries and cost billions of dollars.

In the simplest terms, energy supply security means the availability of sufficient energy supplies at an affordable price. According to the definition of the European Commission, the uninterrupted nature of energy is also taken into account. [2] Likewise, the acceptability of energy resources, thanks to social and environmental aspects, is also of importance to the sustainability of energy supply security. Since the infamous Oil Crisis in 1973, both energy importing and exporting countries have been developing energy strategies to achieve foreseeable and reasonable prices, and overcome vulnerabilities.

Turkey’s long-term energy strategy is based on four pillars: the route and source diversification of oil and natural gas imports, increasing the ratio of renewable and indigenous energy sources, increasing energy efficiency, and adding nuclear energy to Turkey’s energy mix. To this end, as LNG is becoming widespread on the Turkish energy market, Turkey has managed to reduce Russia’s share in the total Turkish gas imports. While Russian exports accounted for 52% of Turkey’s gas import basket, they decreased to 33% last year [3]. In this vein, Yusuf Erim, Editor-at-Large at TRT World, believes that diversification of Turkey’s energy portfolio is essential to energy security, which is why increasing bilateral trade with the United States would add to a shallow security-centric relationship. [4] Energy would be a crucial field of partnership that could help the Turkish and American sides to overcome the subversive effects of the disagreements between them.

As it can be observed, Turkey’s approach on the basis of the win-win principle guarantees a promising future.

As far as the future of Europe is concerned, Turkish-Greek ties can constitute a well-rounded example. Despite the two countries’ decades-old disputes over the management of resources in the Eastern Mediterranean, Turkey has been meeting one-third of Greek natural gas demands since 2007. Recalling the European Commission’s emphasis on the importance of “uninterrupted” nature of energy, Turkish gas infrastructure, and the increasing role of Energy Exchange Istanbul (EXIST), operated by Enerji Piyasaları İşletme Anonim Şirketi (EPİAŞ), is key for assuring European natural gas supply and gas price security, particularly in southern and southeastern Europe.

In terms of gas supply security, the activation of the Trans-Adriatic Pipeline (TAP) and recent gas discoveries in Turkey’s Sakarya Gas Field provide additional opportunities for the European markets to further diversify the gas routes and sources. Luca Schieppati, managing director of TAP, believes that bringing Azerbaijani gas from Turkey to Italy through TAP will reinforce Europe’s security and diversification of supplies. [5]

With regard to gas price security, Turkey aims to position itself as a virtual gas trading point (VTP) for the spot gas market under the title “Istanbul Benchmark”. Turkish aspirations to get many countries’ natural gas priced as “Istanbul Benchmark” will pave the way for better gas-to-gas competition or any liquidity in the region. Caner Can, the energy advisor to the Turkish Ministry of Foreign Affairs, is of the opinion that Turkey’s strong natural gas infrastructure is improving with the additional investments. Regarding Turkey’s goal of becoming a gas trading hub, Can notes in his personal Twitter account that Turkey’s gas storage capacity will be three times higher by the end of 2023. [6]

Overall, “TurKEY for Energy” is Turkey’s lucrative offer to its European partners to build together a reliable and sustainable energy policy. The EU leadership ought to know that Turkey, following the completion of the Southern Gas Corridor (SGC) with the activation of TAP, will become a sine qua non for European gas supply security. Having consolidated its energy infrastructure, Turkey is also becoming an emerging gas trading hub under “Istanbul Benchmark”. 2021 will mark the establishment and operation of the natural gas futures market in Turkey.

Thanks to its intention to meet as much of Europe’s gas demand as possible, Turkey has blossomed into a safeguard that protects European countries from the dominance of Russian gas in European energy markets.