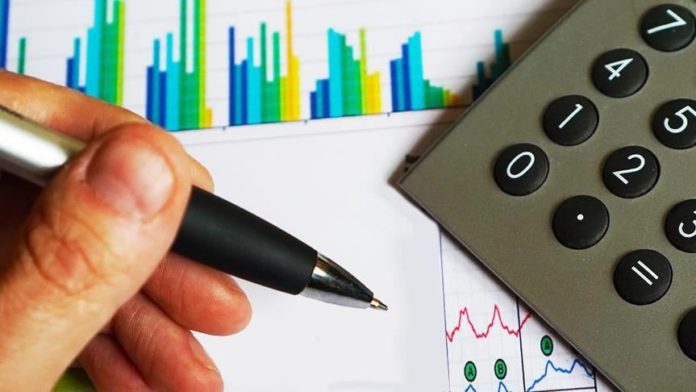 The first phase of the COVID-19 crisis seems to have passed. So far, governments have done their best to absorb the initial shock by mitigating financial vulnerabilities of their citizens and firms. Now, they should focus their efforts on transitioning to a new normal. This is an essentially different and, in some ways, more difficult task than tackling the first strike. Governments should make difficult predictions about how this new normal may look and facilitate this less urgent but deeper transformation of the economy.

In the wake of aggressive government policies to restrict the spread of COVID-19, almost all economies have experienced a dual supply and demand shock. Many sectors came to a complete halt and unemployment soared to unprecedented highs. During this first phase of the crisis, governments focused their efforts on saving the economy from drowning until the turmoil was over. They extended cheap credit lines, subsidies, one-time cash transfers and the like to help companies and households to survive the standstill.

It is fair to say that in many ways, governments did a better job than they did after the 2008 global financial crisis, when governments in major economies, especially in the US, spent trillions of dollars of taxpayers’ money to bail out big businesses and flooded the market with cheap liquidity. The plan was to save big firms from bankruptcy in order to prevent a total collapse of the economy. This was mostly achieved.

However, rescue packages were heavily criticized afterwards for they financially secured rich bankers and firm owners while leaving the poor out in the cold. Rescue funds were siphoned out of the economy instead of being invested in employment-generating businesses. This approach also contributed to the failure to bring about a successful recovery afterwards. After more than 10 years since the crisis, growth rates were nowhere near the pre-crisis levels and there were still not enough good jobs in major economies.

This time governments reached households more directly. The US made one-time cash transfers to its citizens while the UK and the EU provided financial support to firms stipulating that they not lay off any workers. The UK government, for instance, pledged to pay 80% of all wages. In addition, contrary to the period post-2008 crisis, more funds were channeled into essential services, especially — and expectedly, of course — healthcare, which gave a boost to the aggregate demand directly. These truly novel and creative strategies were undoubtedly improvements over the post-2008’s wholesome approach.

Now that the first wave of the pandemic is behind us in most parts of the world, leaving one of the deepest economic recessions in history, economies are slowly entering a new stage of the crisis. Some businesses are re-opening and lockdown measures are easing. However, this does not mean that we will soon be back to business as usual. Quite the contrary, there is consensus among health experts that the measures may continue for years to come. But the real fear is that we may experience a second wave before this fall.

Therefore, we are not recovering to the previous order but to a new normal. Accordingly, economies will need to be readjusted to a different setting as well. Arguably, this will be very different from what governments have had to do so far in the first stage of the pandemic. As it is becoming clearer by the day that the COVID-19 virus is here to stay, governments need to do more than just keeping businesses afloat until the turmoil is over. In other words, we will need to learn living under water instead of holding our breath a little longer.

What this may entail is a bit controversial. According to economist Dennis Snower, governments should focus on transferring resources, essentially employment, from sectors that are collapsing due to COVID-19 to those that are flourishing. The former includes businesses which require people to come together and physically interact, such as restaurants, cafes, hotels, or airports, whereas the latter may include businesses that allow people to engage from a distance, such as online shopping and delivery, or other open-air activities.

Dennis notes that there is a growing “mismatch” between these two groups of economic activities. Businesses like Amazon or Netflix are looking for more and more people to employ while others are laying off workers. Then, governments can and should step in to smooth this transfer of employment across sectors. In other words, we may need a state-led reallocation of resources between businesses.

Former Finance Minister of Greece Yanis Varoufakis argues that if governments want to prevent a prolonged growth slump, similar to the one after 2008, they need to become more directly involved in economic activities rather than just distributing money. According to him, increasing liquidity, regardless of whether it goes to firms or households, does not bring about successful recovery. Governments “must go all-in with stupendous fiscal expansion”, he says, with the aim of boosting aggregate demand and creating employment directly.

Aggressive government spending may serve even greater purposes. Governments can use this opportunity to improve essential public services, such as education and healthcare provision, or infrastructure in housing, transportation, or communication, so the recovery spending has long-lasting effects on societal well-being, beyond boosting aggregate demand. This would serve the dual purposes of creating jobs in the short-run as well as improving long-run growth potential and welfare.

Furthermore, governments may follow even more ambitious endeavors. Former Managing Director of the World Bank Bertrand Badré, for instance, argued for using this opportunity to create a major transformation towards more environmentally sustainable and socially inclusive economic structures. According to him, we should not “waste the pandemic response” which may be “the moment to invest in humanity’s future”. Moreover, a recent research reported that fiscal spending on climate change mitigation is even more effective than traditional channels for creating jobs and accelerating the recovery.

We can now safely say that the impact of the COVID-19 crisis on world economy [11] will be deeper than previously foreseen. Accordingly, governments may need to go further than managing a recession and assume a deeper and extensive role in order to facilitate transitioning to a new normal. While this is a major challenge, and will probably be a painful one, it may also be a once-in-a-lifetime chance to transform the economies for the better.

[ The writer is a Researcher at TRT World. His research mostly focuses on economic policy in the context of underdeveloped and developing countries. ]

US: House head Pelosi poised for new term after polls