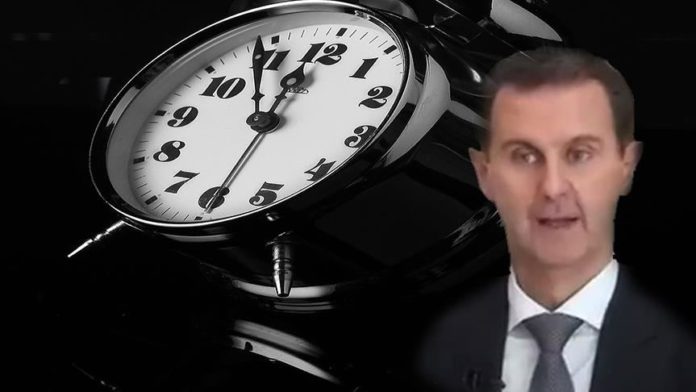 The writer is the director of the Security and Defense Research Program at the Istanbul-based think-tank EDAM.

In early April 2020, the Organization for the Prohibition of Chemical Weapons (OPCW) released its Investigation and Identification Team’s (IIT) report on the chemical weapons use in Syria. The IIT’s mandate is very critical. While the OPCW’s Fact Finding Mission (FFM) focuses on the use of chemical weapons, the IIT’s job is to find out the perpetrators.

A thorough assessment of the OPCW IIT findings reveals that the Baath regime, and its Syrian Arab Army, carried on deliberate and systematic chemical warfare activities, targeting civilian populace with deadly nerve agents. These massacres took place well after the chemical disarmament deal championed by former US President Barack Obama, adding yet another failure to his legacy that was based on — or obsessed with, to be precise — undoing the Bush administration whatever naïve mistake it takes.

The world cannot let precious and delicate norms of the international order be snatched up by the ruffian Baathist dictatorship, which bears some extremely problematic features, such as being North Korea’s staunch ally in the Middle East, the arms depot of the Lebanese Hezbollah, a state sponsor of terrorism — including the PKK terrorist organization for decades –, rogue proliferator of various WMDs, and a regime that displaced nearly half of its citizens during the war.

Having seen this very fact, a number of prominent members of the American strategic community are now exploring the prospects of maximum pressure policy in Syria. In May 2020, the Hudson Institute broadcast such an event, chaired by a well-known scholar specializing in Middle Eastern strategic affairs, Michael Doran, and joined by important speakers, among them Ambassador James Jeffrey, the US Special Representative for Syria and Special Envoy for the Coalition to Defeat Daesh.

Well, indeed, it is time to pursue a maximum pressure policy on the regime and the Syrian Arab Army. In doing so, the Turkish-American strategic alliance can well function as a key lever. After all, Turkey was the only US ally that offered a blank cheque to the White House back in 2013, when Assad carried out the first massive chemical strike in eastern Ghouta, at capital Damascus’ doorstep.

Assad and his war criminal generals: The kill-chain all the way from Damascus to Hama

The IIT report concluded its findings specifically on three incidents taking place in Ltamenah between March 24 and March 30, 2017. In two of the cases, the perpetrator unit was the Syrian Arab Air Force’s 22nd Division headquartered in the Shayrat Airbase. According to the OPCW IIT findings, on March 24 and March 30, 2017, the Su-22 aircraft taking-off from the base stormed several positions with Sarin nerve agent-tipped M4000 aerial bombs. The IIT findings also highlighted the Hama Military Base and the Baath regime’s helicopter contingent deployed there. This very contingent was responsible for the March 25 attack, which hit Ltamenah Hospital with chlorine-filled barrel bombs.

The OPCW IIT report did not publicly reveal the personnel in charge of the units that perpetrated the attacks at the time. Besides, the report examines only three attacks. However, those in Assad’s chemical warfare chain of command cannot hide in shadows.

Back in 2017, I authored a comprehensive open-source intelligence report, the Shayrat Connection, for the French think-tank FRS, assessing the April 4, 2017, Khan Sheikhoun chemical attacks. At the time, evidence suggested that the Syrian Arab Air Force’s 22nd Division and the Shayrat Base also participated in the deadly Khan Sheikhoun incident, marking yet another war crime in the unit’s history.

Many nerve agents, like Sarin, are stored in precursors. The Shayrat Airbase remains one of the few facilities with the capability of loading chemical warfare agents’ precursors and munitions. The 22nd Division is responsible for the regime’s operations in the northern part of Syria. During the attacks, the unit was commanded by Major General Saji Jamil Darwish.

The OPCW IIT report, notably referring to Syria’s official SANA news agency, makes mention of Syrian Chief of Staff General Ali Abdullah Ayoub’s March 25 and March 26 visits to Hama along with then Tiger Forces commander — presently that of the 25th Division — General Suheil al-Hassan (without openly naming these figures). Furthermore, this planned visit, along with the Syrian Arab Army’s aggressive push in the Hama front at the time, took place under direct orders of Bashar al-Assad.

The US and Turkey can cooperate in a number of issues when it comes to exerting maximum pressure on the Baath regime. Below, we highlight a number of the opportunities to this end:

⮚ Pursuing the right security sector reform in Syria in the reconstruction period: Hafez al-Assad designed the Baathist military apparatus to manifest his regime’s sectarian character. Therefore, the Syrian Arab Army’s core manpower has never been a true national armed force of the Syrian People.The praetorian units, such as the 4th Armored Division of Bashar’s thuggish brother, Maher al-Assad, the Republican Guard, and the Air Force Intelligence are manned by the Alawite sect from which the Assad clan hails from.

During the reconstruction period, dealing with the Syrian military sociology will be critical. After the war, the US, Turkey, and their allies cannot let the Syrian Arab Army keep being a sectarian instrument of a war-criminal nomenklatura. Security sector reform in Syria will be a critical subject that would necessitate a close Turkish – American cooperation.

⮚ Getting the job done on disarmament:

The Baath regime has malevolently managed to keep some of its chemical warfare capabilities. This is alarming. Besides, for a long time, the Western strategic community assumed that Damascus has considered chemical weapons to be strategic assets to compensate for the Syrian military’s conventional shortcomings, especially against the Israeli Defense Forces and Israel’s reported nuclear arsenal. In other words, as Hashemi Rafsanjani’s famous saying goes, Syria’s chemical weapons were long thought to be “the poor man’s atomic bombs”. Well, the war showed that in the eyes of Bashar al-Assad’s generals, chemical weapons have been tactical assets for battlefield use as well as psychological warfare tools to forcibly displace civilians.

To address the threat, Turkey, the US, and their allies need to do two things. First, the regime’s systematic cheating as to the disarmament deal has to come to an end. A renewed, more reliable inventory and capabilities review has to be initiated. We should also start asking some serious questions. Has the regime declared any VX arsenal? If not, why? What about the Hexamine stocks used by Assad’s scientists in manufacturing Sarin; has Assad declared all his Hexamine inventory?

Furthermore, we need a ‘UNSC resolution 687’-type, broader disarmament framework in Syria. The UNSC Resolution 687 required Iraq to destroy its entire WMD infrastructure and know-how and missile capabilities ranging more than 150km. Following the April 2018 joint American, French, and British punitive strikes on the Syrian Baath regime, General Joseph Dunford, the chairman of the Joint Chiefs of Staff, openly said that along with the chemical weapons infrastructure, they also targeted a biological warfare research and testing facility in the greater Damascus area[4]. Syria has signed but not ratified the Biological Weapons Convention. Likewise, since the outset of the civil war, the regime has kept using ballistic missiles on civilian targets. This is simply unacceptable. An intervention has to be made.

The regime, so far, has openly violated the chemical disarmament deal. As observed in the US-led strikes, military action remains the only way to halt the weapons of mass destruction atrocities of the Syrian Arab Army. In April 2018, Washington acted with France and Britain to punish Assad.

Turkey, however, can offer better military capabilities in getting the job done. Notably, during the recent Idlib clashes, the Turkish drone – artillery complex took out a substantial part of the Baath regime’s northern deployments — the Syrian Arab Army units accompanied by the Iran-harvested Shiite militia.

Had the Russians not brokered a cease-fire, the Baath regime had little hope to protect its northern buildup in the face of the Turkish offensive.

Should the US’ maximum pressure policy on the regime necessitate a military punitive angle once again, Turkey could offer very reliable capabilities as a potent ally and the only NATO nation bordering Syria.

⮚ Cutting the military cooperation between North Korea and Syria: Defense ties between Pyongyang and Damascus has been a core aspect of Syria’s weapons of mass destruction programs. Back in 2007, the Israeli Air Force attacked and destroyed al-Kibar nuclear facility in Deir ez-Zor. It was revealed that the Syrian clandestine nuclear program was supervised by the North Korean experts.

The North Koreans support the Syrian Arab Army’s deadly strategic weapons arsenal through ballistic missile proliferation (Scud-D being the most visible example) as well as by assisting the Assad rule in developing offensive biological and chemical weapons capabilities.

To address the threat at its sources, the US needs a good and actionable network of intelligence cooperation. Turkey, being one of the few nations with highly ready and experienced intelligence expertise in Syria, can also offer help in this respect.

Can it Really Happen?

Overall, the Baath regime and the Assad clan cannot get away with their war crimes by blaming “rogue scientists” or “renegade generals”. The chemical weapons use, even after the disarmament deal, took place under the chain of command of the Syrian Arab Armed Forces.

Brokering a Turkish-American accord to exercise maximum pressure on Syria would be productive, yet it remains equally hard to realize due to serious caveats. For one, the US policy concerning the PYD / YPG which — in former Secretary of Defense Ashton Carter’s words — have substantial ties with the PKK terrorist organization, is a non-starter for Turkey.

The Americans also have their concerns. As Ambassador Jeffrey stated during the referred event, bunch of issues, including Turkey’s S-400 deal with the Russian Federation, pose drawbacks from Washington’s standpoint.

Still, the two sides can explore a way forward. It is high time the US strategic community saw that a NATO ally at Turkey’s geopolitical caliber and military capacity clearly outweighs the PYD/YPG. When it comes to Ankara’s S-400 deal, the SAM system has not been activated yet and Turkey might come up with some alterations in its strategic weapons plans. Alternatively, Turkish and American elites can compartmentalize their portfolio of top issues.

The maximum pressure policy on the Syrian Baath regime can indeed mark a new chapter in Turkish – American relations.