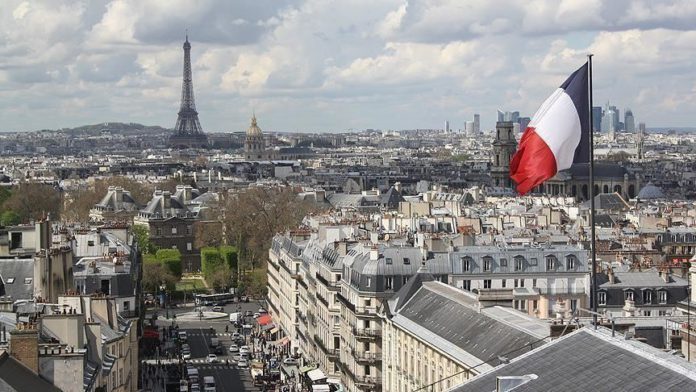 – The writer is a political scientist at the University of Salzburg. He is also a non-resident senior research scholar at Georgetown University’s The Bridge Initiative.

To understand the current politics of French President Emmanuel Macron vis-à-vis Muslims in France, one has to look at the larger picture. While many commentators and analysts are explaining Macron’s recent anti-separatism bill and his reaction to the murder of French teacher Samuel Paty by referring to his ill-performance, the social unrest and economic instability in France, as well as the upcoming elections in 2022 where he might have to face the far-right leader Marine Le Pen, this is not the whole story.

Around half a year into his inauguration, Macron spoke about his future plans to “reorganize Islam,” referring to the relationship between Islam and the state. Similar to other European nation states, he spoke about creating a “French Islam.” While using these fuzzy words, he also mentioned two specific issues: One was the financing of Islam and the other was the training of imams in France. According to him, French Muslims should have their own, French-trained, imams. To achieve this, Muslims should not finance their religious leaders from abroad, which is a legislative idea reminiscent of the Austrian Islam Act of 2015 that banned the foreign funding of religious personnel — but for Muslims only.

After years of emergency rule, followed by a new anti-terrorism law in 2017, which gave the police greater powers to search properties, conduct electronic eavesdropping and shut down mosques suspected of preaching hatred, and after social and political unrest by the yellow vests, Macron is focusing again on Muslims in the midst of the second wave of COVID-19 in Europe.

Macron frequently clarified his understanding of what a French Islam should look like. It would be an “enlightened French Islam” that would pull out Islam from its “crisis,” as he called it. Macron argued that he wants to “reduce the influence of Arab countries”, which, for him, “prevents French Islam from returning to modernity”. And the French interior minister explicitly referred to the project of creating “imams of the French Republic” instead of “imams of foreign countries”. This clearly reveals the notion of French secularism, or laïcité, which is not about separating state power from religious institutions, as is the case in the United States of America, but which is about controlling religion, and even beyond that, about defining it. Hence, we can speak of a bid not only for more government control, but for the state authorities to co-opt religious personnel. This seemingly contradictory manifestation of French secularism finally shows the real character of the French state, where the top leader of the state as well as the representative of the security apparatus interfere in religious issues. Another underlying message also becomes clear in the meantime: ‘Muslims pose a threat to our society and have to be tamed’, which is reminiscent of the “civilizing” mission of the French colonial conquerors.

While Emmanuel Macron had initially presented the so-called “anti-separatism bill” at the beginning of October this year, he slightly adapted his discourse, speaking of “strengthening secularism and republican principles”. The public was told that the bill was targeting the so-called political Islam and an alleged attempt by French Muslims to separate from society. Most important, the practical implication of this bill is the implementation of controls on associations as well as people working for public services, regardless of whether they are state employees or not.

What the world is witnessing following the murder of French teacher Samuel Paty by an individual extremist is not only a blanket scapegoating of Muslims in France, but also an early manifestation of Macron’s anti-separatism bill. The crackdown on more than 50 Muslim organizations, including anti-racist organizations such as the Collective Against Islamophobia in France (CCIF), is the best example of what the state aims to do with this legislation. While the human rights advocacy group CCIF is collecting data to create awareness on anti-Muslim racism and helps the victims of anti-Muslim discrimination, the singling out of this organization reveals a very worrisome dimension of Macron’s policies: Erasing Muslim visibility from the public space altogether. Muslim visibility is seen as a problem, their defenders are being targeted by the state, and the Muslim civil society is living in fear.

Thailand to extend state of emergency until mid-January