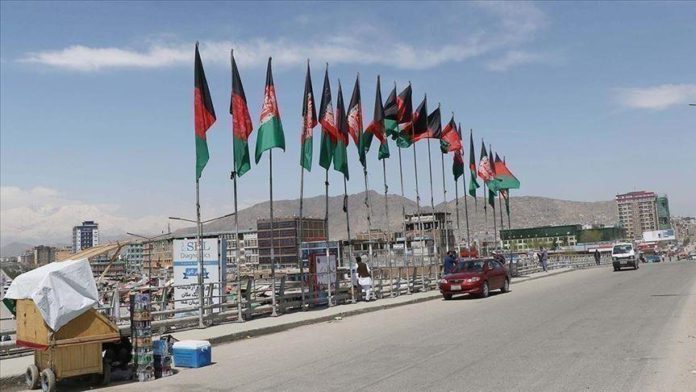 The foreign ministers of the Shanghai Cooperation Organization (SCO) which met on Wednesday in Dushanbe, the capital of Tajikistan said that an early settlement in Afghanistan is a major factor in maintaining and strengthening security and stability in the region.

Since a majority of eight members of the SCO grouping have geographical proximity with Afghanistan, they asked Kabul to intensify efforts to restore peace, promote national economic development, and counter-terrorism, extremism, and drug-related crimes.

The SCO Secretary-General Vladimir Norov called for early adoption of the plan to take practical measures to promote the social and economic recovery of Afghanistan within the framework of the SCO-Afghanistan Contact Group.

There is a general feeling among SCO members that the process of reconciliation in Afghanistan will not be easy though the main priority there is to ensure the safety of their citizens.

Zamir Kabulov, the special envoy of the Russian president for Afghanistan proposed, a coalition transitional government for two to three years in Kabul to determine the future form of government. He said Afghans themselves must reach a comprehensive agreement.

“The Afghan government and other influential political actors should enter into meaningful negotiations with the Taliban. The outcome of which should be the creation of a coalition transitional government,” he said.

Kabulov further said considering that situation in Afghanistan is moving at a slow pace, an interim administration should be given two or three years to end hostilities and address a range of issues. That in turn will eventually determine the future form of government.

Ivan Safranchuk, an analyst from Moscow’s International Relations Institute said that the situation in Afghanistan is expected to undergo a deep transformation with far-reaching implications for the region, in which the war also cannot be ruled out. He said that a political process backed by Russian diplomats is also progressing.

“Building up to a critical point there may appear some room for advancing a political process in which the Taliban are willing to participate in such interaction in the context of intra-Afghan dialogue which can steer their country away from another civil war,” he added.

China reiterated its readiness to work with all stakeholders in Afghanistan to make efforts to promote peace talks and create a necessary environment for intra-Afghan negotiations. China’s Foreign Minister Wang Yi hoped that all parties to the Afghan peace talks will prioritize the interests of the country and its people and jointly explore a governance model and development path that suits the national conditions of Afghanistan.

After meeting the Tajik Foreign Minister Sirojiddin Muhriddin, Wang Yi announced that the two sides have reached a broad consensus to build a secure regional environment. The pressing task is to coordinate and address the evolution of the Afghan situation, stabilize the Tajikistan-Afghanistan border, combat terrorism, and prevent non-regional forces from stirring up troubles.

On the eve of the Dushanbe meeting, Rossiya 24, the state-owned Russian-language news channel aired comments of Sayyid Mohammad Gailani, who comes from the Qadiriyyah Sufi order in Afghanistan and has served as a diplomat. He told the news channel that despite staying in Afghanistan for 20 years, the international contingents could do little for global peace or to solve crucial problems.

“Almost nothing was done to develop a government setup which could be acceptable to all the Afghans,” he said.

Gailani suggested that the UN and the Organization of Islamic Cooperation (OIC) should initiate peace efforts with the Taliban so they could agree on the formation of a transitional government and agree on terms and conditions for holding elections as well as laying down arms. He said the global powers Russia and China can make a positive contribution.