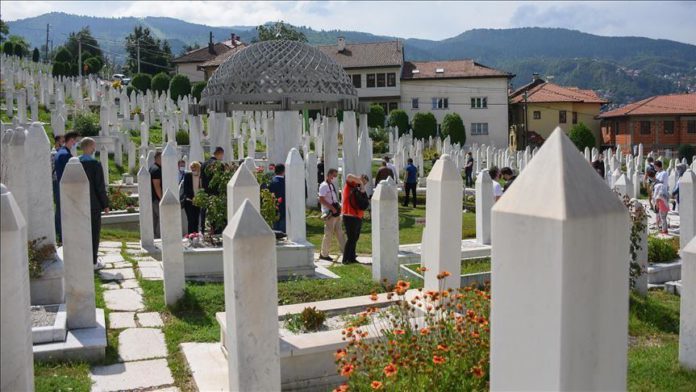 The writer is the Director of the Srebrenica Memorial Center. A part-time lecturer at the International Relations Department of the International University of Sarajevo (IUS), Dr. Suljagić is also the author of two books: “Ethnic Cleansing: Politics, Policy, Violence – Serb Ethnic Cleansing Campaign in former Yugoslavia” and “Postcards from the Grave”

On 7 February 2019, the Bosnian Serb government, under the chairmanship of Radovan Višković, established two commissions: one to “research” the events which took place in Srebrenica between 1992 and 1995, and the other to serve a similar function in respect to the siege of Sarajevo. The decision marked the culmination of a fifteen-year effort on the part of various governments in the Serb-dominated part of Bosnia to undermine, deny, and misrepresent the facts established beyond a reasonable doubt by the International Criminal Tribunal for the former Yugoslavia (ICTY). The sole purpose of this enterprise was, and remains, to produce a competitive and counterfactual narrative of the crimes committed against Bosniaks in Sarajevo and Srebrenica.

A week ago, Bosnian investigative news portal “Istraga” published evidence that Višković himself was involved in the genocidal operation in Srebrenica in July 1995. The evidence which surfaced initially placed Višković inside the vast operation for the removal of mass graves in the aftermath of the genocide. Within the week, a series of articles was published which also linked him with the transportation of prisoners — a key aspect of the murder of almost the entire Bosniak male population of the enclave of Srebrenica. On at least one occasion Višković seems to have been involved in organizing the transport of a group of 700 prisoners to a detention site from which they were taken to be executed 24 hours later.

The reaction of the Bosnian Serb political establishment was furious: within 48 hours, the leading media based in Banja Luka — including the public broadcaster — released the identity and location of the protected witness who had testified, during the trial of a number of mid-and-high-ranking police officials, that Višković offered him money to take part in the removal of bodies of the victims of Srebrenica in the autumn of 1995.

This is not without precedent in the history of Europe in the 20th century. Kurt-Georg Kiesinger, a former Nazi, was appointed the chancellor of Germany and ruled in coalition with German Social Democrats for three years in the 1960’s. Kurt Waldheim, a former Nazi and intelligence officer in Wehrmacht, even served as United Nations secretary general from 1972 until 1981 before the evidence of his service in Yugoslavia and Greece in World War Two came to light.

The fact, however, that Višković is now in a position to disburse public funds with the sole purpose of re-writing the history of the Bosnian genocide is without precedent. As is the implicit demand, made upon the families and compatriots of his victims, by the international community over the past 25 years to strive to build a common and more prosperous future alongside the men and women of his ilk.

Višković did not even deign to comment on the accusations, showing that he, like many of more than twenty thousand individuals involved in the perpetration of genocide in Srebrenica, is completely unrepentant. Within the Bosnian Serb political class, genocide is a veritable public good.

In 2017, the government banned teaching about Srebrenica and the siege of Sarajevo in elementary and secondary schools. The Bosnian Serb establishment has also spent an enormous amount of money on the re-writing and whitewashing of recent history. Between 2008 and 2014 alone, the Bosnian Serb government spent around 150,000 euros annually to finance an obscure organization called “Historical Project Srebrenica”, which was dedicated solely to denying the crime of genocide in Srebrenica in July 1995.

The unwillingness of the Bosnian Serb political class to face not only the reality of the crimes which were committed on their behalf in Bosnia but also these crimes’ legacy, is the chief source of economic stagnation and moral decay which has plagued Bosnia and Herzegovina for the past quarter-century. So long as this political class stands to benefit from the long-term consequences of genocide, the immediate prospects for this country’s future remain grim.

We — those of us who have been targeted for extermination because of our most basic identity — can no longer be expected to accept the eradication of one hundred thousand of our fellow countrymen as legitimate, or to coexist in reconciliatory acquiescence with their murderers. On Sept. 15, Momčilo Krajišnik, the key political partner of Radovan Karadžić, died of COVID-19 after serving 13 of his 20-year prison sentence for crimes against humanity. The first session of the Bosnian Serb assembly held after his death began with a minute of silence in memory of this criminal. Such is the norm in half of Bosnia and Herzegovina, where criminals are heroes, murder is liberation, and truth is a conspiracy. This state of affairs, both untenable and intolerable, stands as the primary obstacle barring Bosnia and Herzegovina from the civilized world.