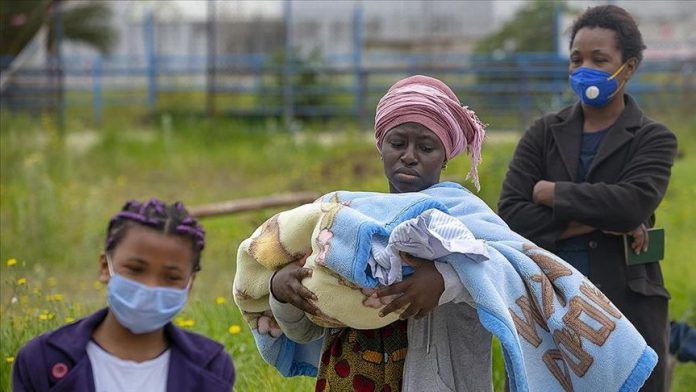 The writer is the director of the Institute for Eastern and African Studies in Turkey’s Social Sciences University of Ankara (ASBU).

The most developed economies in the world faced a major health crisis due to the new coronavirus (COVID-19) pandemic. Despite their technological economic advantages, countries such as the US, China, the UK, Spain, and Italy are struggling to put an end to the spread of the virus. Even with all the effort put in, tens of thousands are losing their lives in these countries, as the virus continues to spread.

While scientists are putting enormous amounts of effort into developing a treatment to and a vaccine for this disease, all eyes are on the African continent which has a weak economy and health industry. The developments that might take place in Africa is followed closely by the whole world. This is a major source of anxiety for many due to the possibility of underdeveloped African countries not being able to fight the virus. People are afraid of the horrific destruction potential of the virus in such countries in case of the virus spreading to a wide section of societies in the continent. So the UN Economic Commission for Africa, in its report regarding the effect of the pandemic on the economy and social life, announced that the COVID-19 pandemic might end up taking the lives of between 300,000 and 3.3 million people in the African continent if necessary measures are not taken. The report highlighted that the continent’s economy will take a major hit from the pandemic, even if the virus is taken under control.

But despite these terrifying predictions, it is observed that the numbers of cases and deaths in African countries are quite low compared to other countries, so far. The World Health Organization (WHO) has reported that the total number of cases in the entire continent has reached 19,895, and the number of deaths has surpassed 1,000 as of April 17. While the total numbers are lower, the death-to-case ratio is significantly different in the continent, compared to other countries. For instance, while the number of reported deaths per case is at around 2.5% in Turkey, that ratio is 4.3% in Africa. It is thought that the difference is caused by insufficient healthcare on the continent.

It is still unknown whether the reason for lower numbers in the African continent is the lack of testing or that the virus is truly not affecting as many people in the region. There is currently no tangible evidence on it. This situation is supposed to be worrying if the lower numbers are due to the lack of testing as its consequences will be apparent in no time, and the true dimensions of the pandemic will surface.

African countries facing such a situation is truly worrying. Particularly, sub-Saharan African countries lack the opportunities and required healthcare sector to fight the disease. Most African countries are facing the same threat. The spread of the virus might be catastrophic. The reasons for this may be listed as follows:

In opposition to these negatives, some factors also give us hope. It is possible to list these points as in the following:

In conclusion, it is uncertain what the consequences of this pandemic will be for the African continent. Although the climate conditions, young population structure, and the immunity history of its people give some hope, it is obvious that the continent will face a great danger otherwise. It will not be possible for the world to overcome this crisis alone or with measures targeting only their own people. It also constitutes a significant handicap that developed countries are neglecting Africa while focusing on their problems due to the outbreak. The WHO reducing the amount of support provided to Africa due to challenges faced by the organization itself may also cause major problems. US President Donald Trump’s announcement that the US will cut the funds provided to the WHO will significantly affect the operational strength of the organization. But the fight against this disease is a global one, and it requires solidarity. It is crucial for the global success of this fight that developed countries do not leave African countries to their own fate. Otherwise, while these countries will be able to get the virus under control within their borders, it will not be easy to contain and eradicate the virus globally.

* Translated by Can Atalay