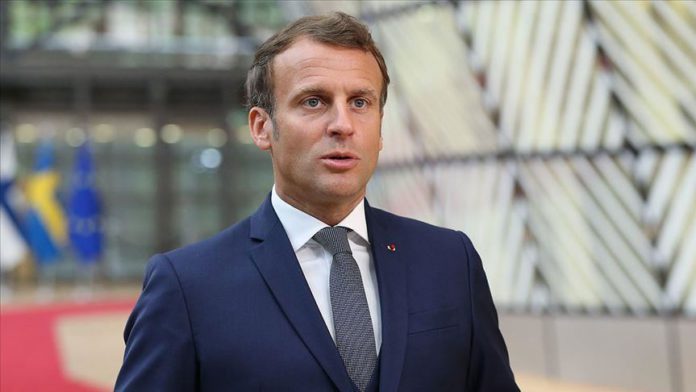 French President Emmanuel Macron lashed out at a French journalist following a news conference in Beirut, Lebanon Tuesday evening for his exposing in an article an unannounced meeting by the leader with Hezbollah.

The journalist, Georges Malbrunot, wrote a piece published in Le Figaro last Monday which reported Macron having threatened to impose sanctions against leaders of the militant faction who may be resistant to the necessary reforms that France seeks.

The French president’s rebuke came during his official two-day visit to Beirut last week to discuss reforms and the necessary reinvention of the country in the wake of the Aug. 4 deadly chemical explosion in the capital city.

Video of Macron and Malbrunot’s exchange broadcast by franceinfo TV revealed the president harshly reviling the journalist, with the two abruptly walking away afterward.

“What you are doing here is irresponsible in regard to the sensitive nature of the issue. It is highly irresponsible towards France and the parties involved, considering what you know about the history of this country.

“You know that I always defend journalists, I always will,” he continued, “but I speak to you frankly. What you are doing is serious, unprofessional and petty,” the leader cried.

Hezbollah makes up just one part of Lebanon’s government, which divides power between the members of various religions and sects. It is however both a political faction and a militant one and considered a terrorist threat by both the EU and the US, among others.

Macron’s recent moves in the country — certainly his meeting with sectors of the government — has been lauded by many Lebanese who call for the resignation of their corrupt leaders. But it has been seen as bold by others who feel stepping into matters there is a possible shift by France to its colonialist past, and not one of true repair and brotherhood. Large groups gathering in Beirut protested French involvement in the country during Macron’s both visits.

For his part, Malbrunot was confounded.

“I am very surprised at the virulence of this attack, which is unacceptable.”

Malbrunot is no stranger to the region and is considered an expert in Middle East relations. While reporting from Iraq for Le Figaro in August 2004, he and a fellow journalist were taken hostage by a group called the Islamic Army of Iraq during the US-led war there. The two were released four months later.

The Elysee Palace defended Macron’s reprimand, expressing his need to simply be informed.

“What the president reproached him for is not having given the Elysee the possibility of reacting to information which implicated him.”

Macron’s reaction, however, lies in contrast to his role as a staunch defender of free speech, an aspect which has always been claimed to be at the heart of the French character. Uttering his steadfastness for journalists while at the same time calling an informative article for one of the leading newspapers petty smacks of hypocrisy.

No event could demonstrate that debate better than that of the Charlie Hebdo attacks, the trials for which started this past Wednesday in Paris.

In January 2015, three days of deadly terror attacks took place across Paris, ignited by the satirical newspaper Charlie Hebdo’s publication of several controversial cartoons, including one that mocked the Prophet Mohammad, considered by Muslims to be insulting, disrespectful and blasphemous. The killings claimed the lives of 17 people.

Widely anticipated — anxiously by some — the trial for the 14 accused is a huge test for France, bringing the freedom of the press center stage. Does a paper have the right to ridicule the prophet of the Muslim world?

Charlie Hebdo thinks so, remaining defiant even the day before the trial and republishing the same eyebrow-raising images on its cover.

In this, Macron’s defense was unremitting, citing liberty of the printed word as vital to the French way of life.

“It’s never the place of a president of the Republic to pass judgment on the editorial choice of a journalist or newsroom, never. Because we have freedom of the press.”

Macron also reinforced France’s freedom to blaspheme, saying, “I am here to protect all these freedoms.” Defined by law, exceptions to this freedom are defamation, slander, or incitement to hate.

Hate speech is against the law in France. Provoking or publicly condoning terrorism also carries a five-year jail sentence as well as a fine of €75,000 ($88.790).

Freedom of speech – for all?

But the state has been guilty of suppressing speech where it might find it convenient. In the wake of the Charlie Hebdo attacks, sentences were handed down in various French cities to those who expressed support for the gunmen in public pronouncements or over social media. The sentences were quickly condemned by France’s League of Human Rights.

Macron’s administration has also been seen in the past to support smackdowns on freedom of expression when it involves ethnic minorities, and where convenient.

One of the most salient examples came in 2016 with the burkini ban, the swimsuit worn by Muslim women. The garment covers most of the body, including the head, arms, and legs. With the law on their side, police had been spotted that summer forcing women to disrobe on beaches across the Mediterranean, claiming the wearing of such is converse to the French notion of secularism.

The ban was lifted at the end of the season.

When it came to Malbrunot’s article, however, Macron called it “the worst nonsense on the subject” and requested rather that reporters question him directly. The piece, however, may have brought to light what many have been critical of with the French leader: his need to control the message.

Macron was the first foreign leader to visit Lebanon, just two days after the massive blast at the Port of Beirut that left 190 dead, 6,500 injured, and 300,000 people displaced.

His recent visit this past Tuesday came with the objectives of rebuilding the economy and the country’s crumbling infrastructure, and most importantly, aiding in the formation of a new government.

Lebanon is on the verge of bankruptcy, and has seen months of protests over an unscrupulous regime, members of which resigned after the explosions.

Ironically, Macron’s remarks bolstering free speech came on the same day as his barb with Malbrunot, who criticized the president’s behavior in general on Twitter; another voice following the thread, however, called the president out more particularly.

“In the morning, [Macron] proclaims freedom of the press and ‘the right to blaspheme’ and in the afternoon he yells in public like a rotten fish at a journalist who had done his job well,” said the supporter.

Macron’s choice to go to Beirut on Sept. 1 was all-too-convenient as well: It is the 100th anniversary of the start of French rule in Lebanon. The country had been a French protectorate from 1920 to 1946, appointed as such by the League of Nations Mandate in 1920 after the fall of the Ottoman Empire there. France became administrator, steering Lebanon’s burgeoning five provinces toward statehood.

French influence was and still is felt far and wide. To this day, 70% of secondary schools use French as a second language of instruction, with 40% of the population considering themselves Francophone and another 15% partial Francophone.