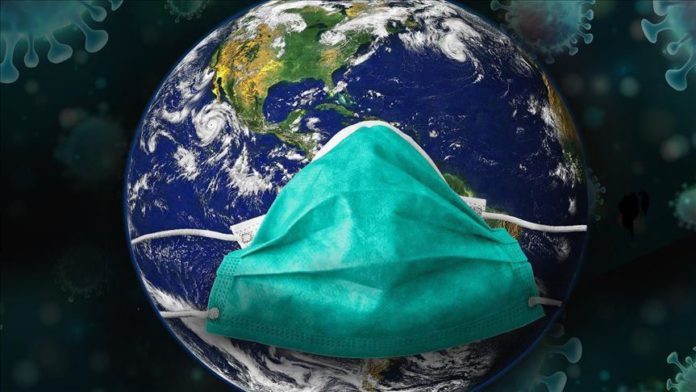 As the COVID-19 pandemic swept across the world, most governments were caught unprepared for a health emergency on a global scale. Many authorities, lacking appropriate strategies and vital capacities, were slow to react and thus failed to protect their citizens.

This led to new debates as to whether the traditional conceptions of national security are adequate for the 21st century. Up until this new worldwide threat, the concept of national security was generally narrowly defined and states focused merely on protecting themselves from the aggression of other states or terrorism. As the coronavirus pandemic has demonstrated, having a national security approach grounded primarily on military elements is not the solution.

World Health Organization (WHO) linked pandemics with national security through adopting International Health Regulations (IHR) in 2005, and countries such as the US and the UK had already included pandemics in their national security documents. However, these moves were apparently not sufficient.

The COVID-19 pandemic poses an existential threat to human security. Pandemics not only cause an increased level of mortality but also adversely affect the economic, social and political fabrics of a country. Due to hyper globalization and growing interconnectedness, infectious diseases now spread across the world more rapidly, knowing no borders and thereby becoming more serious threats.

Historically, the Black Plague, one of the most lethal pandemics humankind has ever encountered, generated economic, social and political devastation in Europe in the fourteenth century. Similarly, the 1918 Spanish flu infected around one-third of the world population and killed over 40 million people, a number higher than the number of military personnel killed during the First World War. Recent epidemics such as SARS, MERS-CoV and Ebola also risked regional stability and security.

In a race to slow the spread of the COVID-19 pandemic, governments have taken very strict measures such as closing borders, putting restrictions on travel, shutting down businesses and enforcing total lockdowns. These extraordinary developments have severely affected national economies as well as the global economic system. Kristalina Georgieva, the managing director of the IMF, claims the global economic activity is expected to decline by three percent this year — to represent the worst downturn since the Great Depression. Compared to the financial crisis of 2008, the global economic recession is far more severe this time. As such, people all around the world now face not only a health crisis but also an economic catastrophe as the rate of unemployment dramatically increases while national productions substantially decrease.

In addition to direct challenges to the economy, pandemics also have the potential to trigger political instability. In cases where governments have failed to provide the necessary public care and performed poorly overall, an erosion of trust in the political system starts to take root. The inability of governments, particularly in developed countries, to react swiftly in the initial phase of a pandemic only exacerbates people’s feeling of insecurity. The risk of political volatility is much higher in weak states that lack strong administrative structures and public health infrastructures. If the situation gets out of hand, some states might even fail.

African countries are of particular concern as their inadequate public health systems might lead to public unrest.

Additionally, infectious diseases can also pose a challenge to the military power of a country. Pandemics can undermine military power by causing deaths of military personal and key military figures. They can temporarily impede military operations due to quarantine measures. For example, Canada halted the movement of its military personal abroad and the US stopped its military exercises in an attempt to contain the spread of COVID-19. Similarly, the US Navy evacuated the majority of its crew aboard the aircraft carrier USS Theodore Roosevelt on March 31 after over one thousand sailors tested positive.

Pandemics can also create an environment suitable for terrorist groups to capitalize on. As governments are busy tackling the pandemic, these groups can take advantage of the new situation to further their sinister objectives. The European Union’s counter-terrorism chief Gilles de Kerchove has warned against the growing online activities of far-right groups in Europe and Daesh’s reorganization in Iraq and Syria. Moreover, COVID-19 has laid bare the lack of preparedness in many areas of the world, and exposed how vulnerable governments are to potential bioterrorism.

There is another side of the coin, however. Securitization enables governments to take extraordinary measures. Likewise, citizens show a willingness to temporarily give up their civil liberties in return for protection and security. However, there is a risk that emerges when these policies become normalized even after the threat is eliminated. Authoritarian leaders can exploit this situation in order to increase their grip on power. Hungary’s coronavirus legislation, for example, which has allowed the president to rule by decree and paved the way for an indefinite state of emergency, has raised suspicions about the future direction of the country. Furthermore, democratic practices might get curtailed. Many countries across the world have postponed national and local elections, and large gatherings and protests are prohibited.

But despite the great challenges, there might still be a number of up sides in this challenging situation. In fact, viewing pandemics as a national and global security threat might boost the possibility of international cooperation. As pandemics are, by definition, a global challenge and entail a collective response, governments and security agencies will be far more involved in the global fight and cooperate with their peers from other countries. The lack of solidarity among the EU member states, especially during the early stages of the pandemic has demonstrated the adverse effects of the ‘nation first’ approach.

As the coronavirus pandemic has demonstrated, the traditional security paradigm has some serious blind spots, as it apparently does not incorporate all threats against human security. Accordingly, the well-being of citizens, the quality of life and economic prosperity should all be part of the national security agenda. Therefore, new and appropriate strategies should be adopted. Such a novel mindset combined with increased resources, public preparedness, scientific research, and international collaboration are of paramount importance for a more comprehensive and efficient national security paradigm to emerge.

[ The writer is a researcher at TRT World Research Centre ]

US private payrolls increase in June