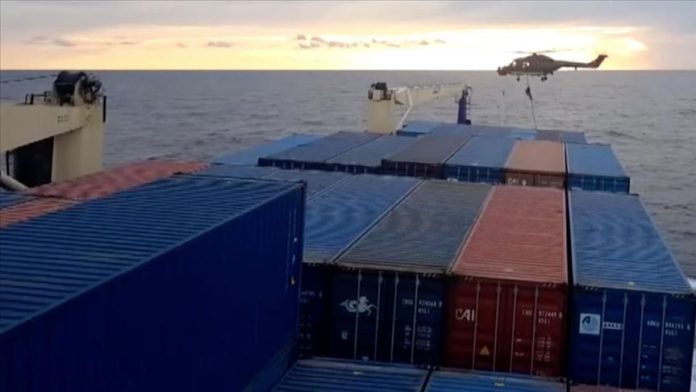 – The writer is a Master of Laws (LL.M.) in International and Comparative Law candidate at Trinity College Dublin. He is a 2019-2020 European Union (EU) Jean Monnet scholar. He holds a Bachelor of Arts (B.A.) degree in law and minor degree in political science from Bilkent University. His main focus areas are Turkey-EU relations, Eastern Mediterranean and contemporary debates in Turkish foreign policy. He has a special interest in public international law, EU law and Late-Ottoman Era legal-political developments.

On Nov. 23, 2020, the Eastern Mediterranean witnessed another unlawful and hostile action against Turkey. As confirmed by many Turkish and international sources, a German frigate participating in the European Union (EU)-led Operation IRINI stopped and searched a Turkish cargo vessel carrying humanitarian aid to Libya, without the consent of Turkey, the flag-state.[1] On paper, Operation IRINI (Greek for “peace”), initiated on March 31, 2020, aims to enforce the United Nations (UN) arms embargo on Libya in accordance with the UN Security Council (UNSC) Resolution 2292 (2016). The EU confirms that the mission is capable of carrying out inspections of vessels on the high seas off the coast of Libya suspected to be carrying arms.[2] To be fair, IRINI has been detached from its core tenets since the very beginning of its so-called monitoring activities. Most importantly, IRINI has become a clear manifestation of how some members of the Union have taken hostage the EU27 leadership for the sake of their narrow-sighted interests in the Eastern Mediterranean.

Meanwhile, Turkish President Recep Tayyip Erdogan has already stated that the Libyan Civil War serves as a litmus test for the EU, in his latest article for Politico.[3] Not surprisingly, Stephanie Williams, the UN deputy special representative to Libya, confessed at the Munich Security Conference held in February 2020 that the arms embargo had become a “joke”.[4] It has not been long since militias loyal to Haftar and to his ardent supporter President Macron of France overtly violated the arms embargo and blocked the oil exports from Libya’s main ports on the eve of the Berlin Conference, which was organized in order to safeguard the arms embargo. Bearing in mind that these inflammatory actions persistently continue, the recent hostile action against Turkey under the guise of IRINI has eventually revealed a contemporary debate in international law: maritime zones and freedom of navigation on the high seas.

The UN Convention on the Law of the Sea (UNCLOS) and customary international law set the legal basis for maritime zones. These zones, briefly, are considered under a triple-layered system. Primarily, internal waters and territorial sea are in the exclusive jurisdiction of the coastal state. Meanwhile, continental shelf and exclusive economic zone are the areas where states can enjoy their sovereign rights, except for specific exceptions such as “the right of innocent passage” (Article 17) and “the criminal jurisdiction on board” (Article 27), which can be exercised by flag-states in these zones, under specific circumstances. Lastly, the high seas, which constitute the subject matter of the recent raid by the German frigate, are the zones where all littoral and non-littoral states can enjoy the freedoms enumerated in Article 87 of the UNCLOS, such as freedom of navigation. In other words, Article 87 explicitly states that high seas are open to all states.

From a legal standpoint, it is necessary to understand that since freedom of navigation is a norm of customary international law, the obligation to refrain from any activities and/or actions that may jeopardize these freedoms is binding for all states, including the non-states parties to the UNCLOS.

The EU, once again, remained indifferent towards a flagrant violation of the freedom of navigation of a Turkish ship carrying humanitarian aid, while disregarding that freedom of navigation on the high seas are rooted in the “Mare Liberum” (Latin for “freedom of the seas”) doctrine of the Dutch philosopher Hugo Grotius. It is a shame that the EU member states, particularly Germany, the current term president of the Council of the EU, saw no harm in infringing upon the Westphalian principles. It is also an unfortunate development that the raid happened in the wake of President Erdogan’s G20 address in the virtual summit presided by Saudi Arabia. It is noteworthy that one of the things made clear by Erdogan in his statement was that Turkey contemplated a future with Europe.[5]

Apart from the provisions of the UNCLOS and the principles of customary international law, the UNSC Resolution 2292 also deserves consideration. Under its framework, the UNSC, while expressing its determination to support the sole legitimate government of Libya, the Government of National Accord (GNA), primarily aims to provide a one-year authorization for member states to inspect, on the high seas off the coast of Libya, vessels bound to or from Libya. Interestingly, the Resolution, which is referred as the ground of the Operation IRINI by the EU leadership, stipulates that the member states “make good efforts to first obtain the consent of the vessel’s flag-state prior to any inspections…” However, as confirmed by the Turkish authorities, the participants of the Operation IRINI did not seek the consent of Turkey, the flag-state of the aforementioned cargo vessel. In the simplest terms, this raid under the guise of “inspection” is a state-sponsored piracy. Moreover, the Resolution also states that member states, acting nationally or through regional organizations, ensure the implementation of the arms embargo on Libya with appropriate consultations with the GNA. Even though some EU member states pretend to act as peace-brokers between the GNA, the de-jure government, and the illegitimate government of Haftar, they are well-known for their activities supporting the warlord Haftar’s offensives on the battlefield. Turning a blind eye to the massive arms transfers to warlord Haftar’s mercenaries and Wagner Private Military Contractors (PMCs) does not conform with the EU’s and relevant EU member states’ obligations under the UNSC Resolution 2292. In fact, they are far from “consulting with” the GNA.

Fuat Oktay, the vice president of Turkey, said that the EU once again demonstrated its partisan approach against Turkey and the GNA. Oktay also revealed that the consent of Turkey, NATO and the GNA had not been sought by the participants of the Operation IRINI.[6] In the prior disputes, the EU remained insistent on ignoring the fact that it does not have any jurisdiction over the maritime areas in the Eastern Mediterranean, which is a basic interpretation of EU law; now the Union undeniably shares the responsibility of the violation of international law with its member states. State-sponsored piracy in opposition to the freedom of navigation on the high seas should not be the modality of ensuring the sovereign rights of the EU member states. Instead, the EU should embrace a sound approach that ensures its impartiality in the Eastern Mediterranean, in accordance with EU law and international law. In this regard, denouncing the sudden raid on Turkish-flagged cargo vessel would lay the foundation stone of a law-abiding and peaceful status quo in the Eastern Mediterranean and Libya. 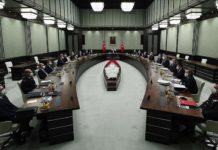 Search of ship had no Turkish consent: EU operation