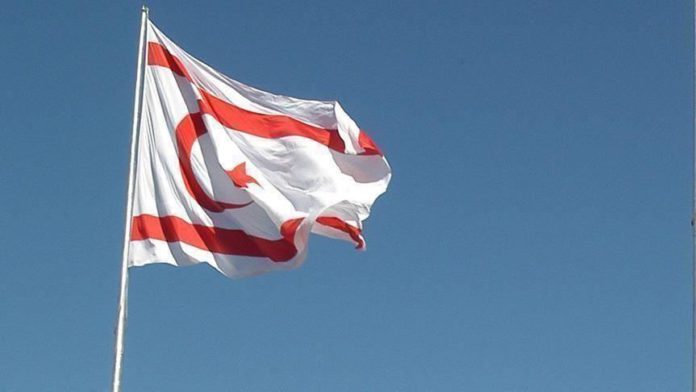 The right to self-determination is one of the richest subjects in public international law and international politics. Although the latter seems to have a predominant influence on it, self-determination is primarily a significant legal notion, tightly linked to the concepts of statehood and recognition, and as such requires a rights-based legal framework. Starting out from this point of view, there seems to be a great deal of benefit in examining on what new grounds the Turkish and Turkish-Cypriot diplomacy can establish or increase the chances of establishing international legitimacy for the Turkish Republic of Northern Cyprus (TRNC).

The TRNC was established in 1983 after Turkey’s military intervention against the attempt of Greece to annex the island in 1974 through an ill-fated coup attempt. At the time, Turkey acted in accordance with the 1960 Treaty of Guarantee, and initiated the Cyprus Peace Operation. While still seeking reconciliation and peace on the island, the TRNC continues to prioritize multilateralism and diplomacy over unilateralism. Although Turkish Cypriots’ declaration of independence has been regarded as illegal by many Western countries since 1983, hopes for reiterating its legitimacy have not faded yet. Forging relations between the Turkish Cypriot community and international society has been of paramount significance to Turkey and the Turkish diplomacy.

Kosovo and Cyprus cases: A deadlock

Before acknowledging the Turkish diplomacy’s vital role, the resemblance of the Cyprus Case to the Kosovo Case deserves consideration in order to better appreciate the recent legal and political challenges.

After the NATO’s military intervention in Kosovo in 1999, an “international territorial administration” was established under the UN Security Council (UNSC) Resolution 1244. Kosovo declared its independence in 2008 and is currently recognized by 114 countries. On the other hand, the TRNC has not yet been recognized as an independent state by any country with the singular exception of Turkey.

There are no UNSC Resolutions paying attention to the non-recognition of Kosovo. However, in the UNSC Resolution 541, the UNSC explained its commitments towards the territorial integrity of the “Republic of Cyprus” and evaluated any attempt to create a “TRNC” as invalid. More importantly, Article 7 of this resolution calls for “the non-recognition of any Cypriot state other than the Republic of Cyprus”. The origin of Article 7 stems from Article 41(2) of the International Law Commission (ILC) Articles on the Responsibility of States for Internationally Wrongful Acts, which directly stipulates the “obligation of non-recognition of a situation created by a serious breach of international law” for the states that are parties to it. In the same vein, the legal doctrine tends to identify this obligation as a “duty not to recognize the illegal acquisition of territory”. [1] In the light of these inferences, the recognition of the TRNC will not be possible unless the mentioned resolution(s) is/are repealed by the permanent members of the UNSC.

Furthermore, the second important difference between the Kosovo and Cyprus cases stems from the objectives of the UNSC: While Article 10 of the UNSC Resolution 1244 envisages a “transitional/interim administration” for Kosovo, the UNSC, interestingly, intends to achieve a “final solution” in Cyprus, specifying a number of parameters based on the idea of an independent federal republic composed of two communities. For instance, the Ten-Point Agreement (1979) between Makarios and Denktas was one of the guideposts of the UNSC while specifying the parameters regarding the issue of Cyprus.

The International Court of Justice (ICJ), in consistency with the UNSC’s position, has held that the declaration of independence in Kosovo complies with the UNSC Resolution 1244 since the resolution only targets an interim/transitional administration in the country. Having left the final situation in Kosovo unresolved, the ICJ, on the other hand, directly referred to the Cyprus Case in its Kosovo Advisory Opinion and described the declaration of independence of the TRNC as illegal under international law in accordance with the aforementioned UNSC Resolutions.

In spite of Turkish and Turkish Cypriot endeavors to empower the trust-building mechanisms to restore peace and prosperity on the island, Lefkosa/Nicosia remains the world’s last divided capital. Given the recent developments in the Eastern Mediterranean, hopes for a federal solution seem to be further weakening. As the Turkish ambassador to the TRNC, Ali Murat Basceri noted last year that a federal solution should not be the only alternative for the Cyprus problem and all alternatives should be on the table. Furthermore, on Sept. 17, Hami Aksoy, the spokesperson of the Turkish Ministry of Foreign Affairs, underlined that federal solution may not be possible and alternatives should be examined on the basis of sovereign equality. In this context, the parties may consider taking courageous steps to re-organize the balance of power in the region. Notwithstanding the recent Greek & Greek Cypriot attempts to confine Turkey to the Bay of Antalya, Turkey, as the guarantor state, ought to preserve the status quo on the island, until the Greek Cypriots pledge to be part of a constructive dialogue without any pre-conditions.

On this occasion, Turkey must continue to strengthen the legal and political ground of the international legitimacy of the TRNC and the just cause of the Turkish Cypriots. This can be possible by invoking the “Namibia Exception” in public international law.

Recalling from Article 41(2) of the ILC Articles on the Responsibility of States for Internationally Wrongful Acts, states parties to the Convention are “obliged to withhold the recognition of the annexation”. Secondly, these states have a “duty not to render aid or assistance in maintaining that situation”. This phenomenon is termed as “duty of collective non-recognition”. A UK Court’s landmark judgment on Kibris Turk Hava Yollari (KTHY) (Turkish Cypriot Airlines), in which the Court held that the prohibition of flights between Northern Cyprus and the UK is legitimate under Article 41, demonstrated that the UK judiciary still follows the lead of the executive, and eventually, the duty of collective non-recognition is still robust in the UK case-law.

The duty of non-recognition, meanwhile, is not absolute in some jurisdictions. In its Namibia judgment, the ICJ determined that there might be some exceptions to the duty of non-recognition, such as the registration of births, deaths and marriages of the people of Namibia granted by the unrecognized “South West African” government. In 1966, the UN General Assembly (UNGA) terminated the mandate of South Africa in modern-day Namibia. However, until its independence from South Africa in 1990, the de facto South African rule in Namibia (formerly named “South West Africa”) continued. The UN, until Namibia’s peaceful transition, defined the government of South West Africa as a “de facto but illegal occupying power”. Although its independence was officially recognized by the international community, the ICJ’s Advisory Opinion of Namibia (1971) still illuminates the developing jurisprudences of the international courts. In fact, Namibia is one of recent examples in which the ICJ strived for keeping the interests of people in Namibia superior because in fact, Article 41 does not have a purpose of “punishing” the inhabitants in an internationally unrecognized territory.

Expanding the Namibia Exception: Why not?

As discussed above, it is possible to pursue a lenient approach towards the duty of non-recognition in some jurisdictions. The “Namibia Exception” was a landmark step since it showed that the conventional position had softened over the years. That is why Turkey, the sole country which gives voice to the just cause of the Turkish Cypriots, might consider making use of the exceptional position put forward in the “Namibia Exception”, in order to prevent the Turkish Cypriots from ending up “[deprived] of any advantages derived from international cooperation”.

As James R. Crawford, an Australian academic and practitioner in the field of public international law, acknowledges, [2] the European Court of Justice (ECJ) and the European Court of Human Rights (ECtHR) nowadays pursue a softened approach towards the duty of non-recognition. However, the argumentation of these Courts in several judgments still lacks uniformity and coherence. For instance, in Anastasiou I, the importation of agricultural products from Northern Cyprus was in question, and in spite of the UK and European Commission’s objections, the Court did not accept that the certificates produced by the TRNC authorities for the goods (to be exported to the UK) fall within the ambit of the Association Agreement between the EU and the “Republic of Cyprus” dated 1972.

This approach, unfortunately, lacks a plausible argumentation. Turkish Cypriots, despite Turkey’s decisive actions to ensure stability and prosperity on the island, have been deprived of their basic rights stemming from international treaties and custom. Recalling from Anastasiou I, the ICJ manifestly turned a blind eye to its own jurisprudence, “Namibia Exception”, by rejecting the validity of the certificates granted by the TRNC authorities. Actually, the Court ought to acknowledge that denying the validity of the certificates would amount to denying the “advantages” granted by the Association Agreement for the sake of the Turkish Cypriot and Greek Cypriot inhabitants of the island. Overall, if the “Namibia Exception” was thoroughly embraced by the ICJ, Anastasiou I judgment would have reiterated the precedential value of Namibia Advisory Opinion and served the humanitarian causes of Turkish Cypriots.

However, in some ECtHR decisions, such as Cyprus v Turkey, Loizidou v Turkey and Demoupoulos v Turkey, the Court relied on the Namibia Exception and basically argued that holding otherwise would amount to stripping the inhabitants of the territory of all their rights.

In the light of these points, Turkey’s stance on Cyprus must continue to be clear and firm. Although the international recognition of the TRNC as an independent republic is not possible under the current status quo and there is an undeniable prospect of increasing escalation in the Eastern Mediterranean, Turkey might prefer to propose the “Namibia Exception” for its political agenda in order to strengthen the legitimacy of the just cause of the Turkish Cypriots. Thus, the international community is more likely to be aware of the minimum standard of rights to which the Turkish Cypriots are entitled under international cooperation and international treaties. In the same vein, it would be decisively demonstrated to the international public that Turkish Cypriots will never be robbed of their inalienable human rights.

[ The writer is a Master of Laws (LL.M.) in International and Comparative Law candidate at Trinity College Dublin. He is a 2019-2020 European Union (EU) Jean Monnet scholar. He holds a Bachelor of Arts (B.A.) degree in law and minor degree in political science from Bilkent University. His main focus areas are Turkey-EU relations, Eastern Mediterranean and contemporary debates in Turkish foreign policy. He has a special interest in public international law, EU law and Late-Ottoman Era legal-political developments. ]