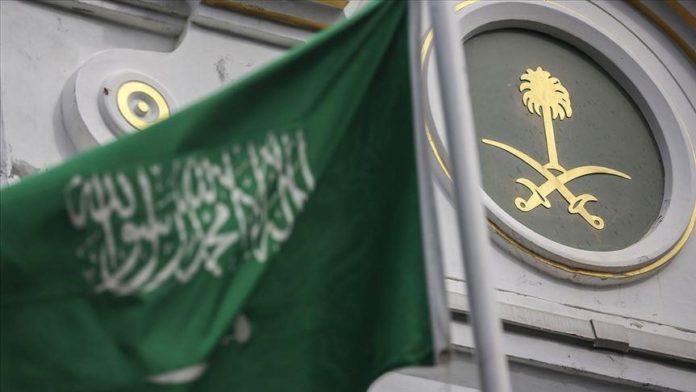 The author is a researcher and journalist focusing on conflict and geopolitics in the Middle East and North Africa, primarily related to the Gulf region.

Six years after Saudi Arabia launched its ‘Operation Decisive Storm’ in Yemen against the Iran-backed Houthis, the kingdom on March 22 proposed a new peace plan to the rebel faction, suggesting that Riyadh is once again looking for a way out of Yemen’s deadly war.

The 2015 intervention to restore Abd Rabbuh Mansur Hadi’s government, in which Saudi Arabia was backed by several Arab and African states, has failed to achieve its desired objectives. It has also deepened Yemen’s humanitarian crisis and even emboldened the Houthis and its supporters in Tehran.

Saudi Foreign Minister Prince Faisal bin Farhan promised to initiate a nationwide ceasefire with the Houthi rebels once the faction had accepted it, and partly ease the Saudi blockade on the country, including opening the capital Sanaa’s airport. In Oman, Houthi representatives also met Martin Griffiths and Timothy Lenderking, the US and UN envoys to Yemen.

Such developments may raise hopes that the conflict could finally end, particularly as millions of Yemenis are edging towards famine amid an ever-worsening humanitarian crisis. However, ongoing tensions may still prevent a lasting settlement, even if Riyadh does reduce its involvement in Yemen.

The Houthis claimed attacks on the King Abdulaziz Military Base in Dammam, as well as military sites in Najran and Asir, only days after the announcement. Aramco facilities in Ras Tanura, Rabigh, Yanbu, and Jizan were also attacked, according to the faction.

The group said it will not accept a ceasefire until Riyadh halts its blockade, which Riyadh imposed on Yemen’s land, air, and seaports during the conflict’s onset in 2015 and tightened in November 2017. It has also slammed the deal as being a repetition of old peace proposals that have failed.

The faction also launched a new wave of attacks on Yemen’s Marib governorate on March 28, having renewed its fierce offensive to capture the province in early February. The assault threatens Yemen’s wider stability, given that Marib has developed its own economy, which could potentially support other parts of Yemen, and it is the last stronghold of the Saudi-backed government of Abd Rabbuh Mansur Hadi.

Saudi Arabia is torn between two courses of action: securing some geopolitical influence in Yemen, as it has tried to do throughout the way by empowering Hadi and appeasing the United States, and awarding a true victory to the Houthis by fully lifting the blockade, which it does not to do because doing so risks giving their backers in Tehran a lasting foothold in Saudi Arabia’s own backyard.

Meanwhile in Washington, pressure has grown towards Saudi Arabia’s role in the conflict, which has evidently forced Riyadh to compromise. Following mounting pressure from within the US Congress and Senate, US President Joe Biden announced on Feb. 4 that the US would suspend “relevant” arms sales to Saudi Arabia. And, since the US has not completely cut off funding to Saudi Arabia, Riyadh will be expected to bring some kind of peace settlement to Washington in exchange.

The crisis in Yemen, on the other hand, has created an almost uncontrollable situation. Saudi Arabia’s intervention following the 2014 Houthi insurgency has further undermined Yemen’s stability, allowing the faction to expand its control over the country’s north. Since 2019, the Houthis have increased their attacks on Saudi territory.

The Houthis have shown that they are unwilling to retreat or end their offensive in Yemen, and ultimately aim to maximize their control in the country before any peace settlement. This could lead to more severe domestic turmoil for the near future, until a solid solution is found.

The group is clearly attempting to exploit weakness on the part of its adversaries; first it relaunched the Marib offensive in February after Washington cut off some support to Riyadh and removed the Houthis’ terrorist designation, which Donald Trump’s administration had ordered. Its recent wave of attacks on Saudi territories shows that it is trying to secure further concessions.

However, because Saudi Arabia may not be willing to fully withdraw from Yemen, a new wave of Houthi offensives could draw Riyadh back into the conflict. And despite the recent peace initiative, Biden said in February he would support Saudi Arabia’s right to protect its national security. Therefore, the current peace developments could simply create a short-term fix to the conflict, rather than a lasting settlement.

Another less mentioned factor is the United Arab Emirates’ role. Though Abu Dhabi joined the Saudi-led coalition in March 2015, it has abandoned Mohammad bin Salman and forced Saudi Arabia to fend for itself in dealing with the Houthis. It has turned its attention away from combatting the Houthis with its divergent backing of the Southern Transitional Council (STC), to secure a southern state and its control over Yemen’s seaports. Both the UAE and STC prioritize enabling the latter’s control over southern Yemen, rather than fighting the Houthis, and would likely accept the rebel faction’s presence in the north if it did not intervene in Yemen’s south.

After repeated allegations that Abu Dhabi provided covert support to the STC across Yemen’s south amid its claims of withdrawal from the war, local authorities on the island of Socotra recently accused the UAE of sending weapons to STC militias once again. Throughout the war, Abu Dhabi has tried to establish a military presence on the island.

Abu Dhabi has managed to strengthen its influence across southern Yemen while attention was on the Houthi and Saudi Arabia conflict. Meanwhile, Washington has not pressured the UAE as much as it has Saudi Arabia owing to Abu Dhabi’s strong ties to Biden and the Democratic Party and also because it has operated more covertly in Yemen in comparison to Riyadh’s overt bombing campaigns. Unless tackled, this could further exacerbate Yemen’s divisions and prevent long-term stability.

Therefore, it is crucial that Washington and the international community work together to find a political solution in Yemen that appeases local actors while also restraining Saudi and Emirati influence in the country. However, due to the length of the conflict and the growing number of grievances caused by it, further short-term violence may prove difficult to contain.