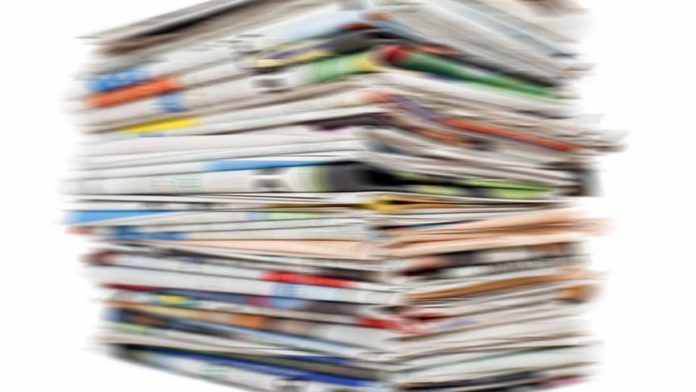 It is noteworthy that some Iranian media outlets and journalists have been ignoring the 30 years of persecution in Upper Karabakh and criticizing Azerbaijan despite Armenia’s aggressive policies.

Some Iranian journalists and media outlets once again either remained silent or supported Armenia against Armenia’s attack on Azerbaijani territories despite the United Nations (UN) resolutions.

The Armenian army has recently launched attacks targeting Azerbaijani civilians and the infrastructures in residential areas, adding yet another to its 30-year-old violations.

As it was 30 years ago, some of the Iranian media and some journalists still prefer to stand by the Yerevan government despite the UN resolutions that describe Armenia as an invader.

The ‘Asriran’ news website, known for its pro-President Hassan Rouhani’s government news, only said, “Azerbaijan acknowledges Upper Karabakh as its territory. Armenia denies this. Upper Karabakh declared its autonomy, but no country has officially recognized its independence”, regardless of which side is legitimate.

The conservative Telegram channel ‘Al-Galibun’, which is known for its closeness to Basij militia forces within Islamic Revolutionary Guard Corps and stands out for broadcasting the news of the Houthis, Hashd al-Shaabi, Hezbollah and similar Iranian organizations, did not refrain from describing the operation of the Azerbaijani army as ‘an aggressive movement’. It also described Azerbaijani military operation as a scandal saying it is very similar to disgrace that Saudi Arabia experienced during the ground war in Yemen.

Criticizing this situation Yedullah Kerimipur, a lecturer from the Faculty of Political Sciences at Harezmi University in Tehran, said in a statement on the social networking site Telegram:

”The United Nations Security Council (UNSC) issued four resolutions 823, 854, 879 and 884 on the occupation of Upper Karabakh by Armenia in 1993. In the first one, representatives of 15 member countries of the council fully attended the session and all voted in favor of Azerbaijan on Upper Karabakh.”

Stating that Iranians had the misfortune of being stuck with a view that is confined to a race, which is disconnected from history or geography, Kerimipur said: “President Rouhani should represent the conscience of all Iranians and feel the emotions of Azerbaijani people who founded Iran 519 years ago. He should have lamented for the martyrs of Karabakh. Iran should support that Upper Karabakh belongs to Baku.”

‘Do not let opposing Erdogan hide the truths’

On his Twitter account, Iranian international relations specialist Ihsan Huseyinzade said: “Distinguished (Iranian) journalists should pay attention, opposition to Erdogan should not cause to hide the truths! His support for Azerbaijan in the conflict between the two countries does not in no way legitimize the attack by Armenia, as confirmed in international legal documents.”

Lecturer Dr. Mohammed Reza Yusufi from the Faculty of Literature at Tabriz University also said: “Imagine a country that 20 percent of its territory has been occupied and the UN resolutions on this issue have been ignored for 30 years. Now this country, Azerbaijan, is about to reclaim their lands, while the Armenian and Persian daring act as if they are oppressed.”

* Translated by Yunus Girgin in Ankara