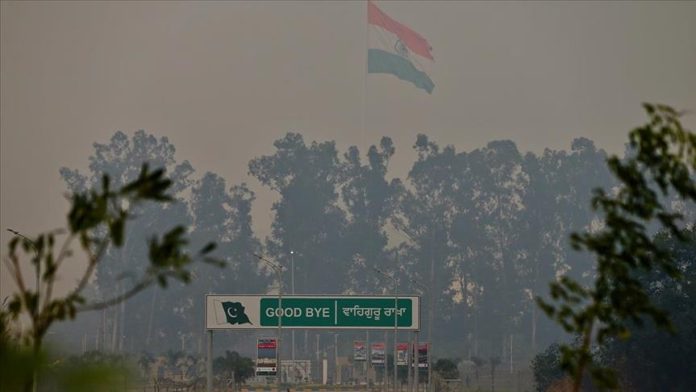 As guns have fallen silent along the 740-kilometer (460-mile) Line of Control (LoC) that divides the state of Jammu and Kashmir between India and Pakistan, farmers in Ranbir Singh Pura, Kathua, Bisnah, and Hiranagar are returning to their fields to cultivate world-famous aromatic basmati rice.

Due to relentless incidents of shelling, which peaked at over 5,000 in 2020, dozens of hamlets had either abandoned their farms or were living in bunkers.

Although the LoC had witnessed the occasional exchange of fire between Indian and Pakistani troops since 2008 in the aftermath of terrorist attacks in India’s commercial capital Mumbai, their frequency jumped after February 2019, when Indian air force planes dropped bombs on the Pakistani village of Balakot.

When India’s Director General of Military Operation (DGMO) Lt. Gen. Paramjit Singh Sangha and his Pakistani counterpart Maj. Gen. Nauman Zakaria abruptly announced that troops on both sides will be holding back their guns as of midnight of Feb. 25, it surprised many across the globe. It also brought a sense of relief to a large population living along the divided and world’s most heavily militarized border.

On the Indian-administered side, this line is guarded by three military corps, made up of seven infantry and mountaineering divisions, besides several battalions of six different paramilitary forces. The Pakistani side has stationed two corps – the Rawalpindi corps with three infantry and armored divisions and a strike corps headquartered in Mangla in Pakistan-administered Kashmir to guard this frontier.

So the constant shelling of mortars and snipers not only put the lives of more than 5 million people on edge, but also affected their livelihoods. The topography of the LoC is such that from Siachen Glacier in the Ladakh region to the Hajipeer Pass in Uri that make up the entire Kashmir Valley and Kargil district, India commands the heights and thus holds advantageous positions. But beyond Hajipeer, in the Jammu region, right from Krishna Ghati to Akhnoor, the Pakistani army has better infrastructure and holds strategic positions. The basmati fields spread around 17,742 hectares (43,841 acres) that fetch 1.3 billion rupees ($17.8 million) annually come directly under Pakistani guns.

While the cease-fire announcement brought a sense of relief to this large population, experience has shown that if this “conflict management” mechanism is not converted into steps towards conflict resolution, the truce will be short-lived. In the past 73 years, such initiatives have started and collapsed in the absence of a desire to use them as means to resolve conflicts.

Pakistani sources indicate that for a wider engagement, the creation of an “enabling environment” is necessary that could restore statehood to Jammu and Kashmir. They believe that this would facilitate a conversation and open up space for discussions of other bilateral issues. While officially there is no commitment from New Delhi, there are signals that if the cease-fire holds, a wider normalization of ties is possible.

While the current announcement did come as a surprise, it looks that there was arduous homework behind the involvement of the political and military leadership of both countries.

Just a day ahead of the announcement, Indian Army Chief Gen. Manoj Mukund Naravane, speaking at a webinar organized by the Vivekananda International Foundation, expressed confidence that with continued engagement with Pakistan, there could be some sort of understanding because unsettled borders and violence on the borders benefit no one.

Earlier, Pakistan Army Chief General Qamar Javed Bajwa had sent many peace overtures. In early February, he said Pakistan and India must resolve the Jammu and Kashmir issue in a “dignified and peaceful manner.” He added: “It is time to extend the hand of peace in all directions.”

In November 2019, the opening of the historic Kartarpur corridor to facilitate the visa-free entry of Indian Sikh pilgrims to celebrate the 550th birthday of the founder of Sikhism Guru Nanak Dev was also seen as a brainchild of Bajwa to allow the revival of dialogue with India. Since 2018, Bajwa has been sending peace overtures to New Delhi which were not only repudiated, but Prime Minister Narendra Modi’s government went a step further in August 2019 by not only revoking Jammu and Kashmir’s special constitutional status, but dividing it into two centrally administered territories.

Grandstanding does not work

Therefore, the latest move has left analysts searching for answers why India responded to the gesture at this moment. One explanation could be the realization that India’s attempts to isolate Pakistan on the diplomatic level after the 2016 Uri attacks and, moreso after the 2019 Pulwama attack, failed miserably.

India not only worked to stymie the 2016 South Asian Regional Cooperation (SAARC) summit in Islamabad but also conveyed to other members like Bangladesh, Afghanistan, Sri Lanka, Bhutan, Nepal, and the Maldives not to send their foreign ministers to Islamabad for any consultations. To isolate Pakistan completely in the region, India created various subgroups within the SAARC.

At the Financial Action Task Force (FATF), while Pakistan continues to be on the grey list, attempts to push it to the blacklist have also failed repeatedly. Amid further tensions with China on its eastern borders, a realization has also come in India that a two-front war and escalation is not a good strategy.

On the other hand, post-Aug. 5, 2019, when India dissolved the state of Jammu and Kashmir, Pakistan went hammer and tongs expecting that the world would force New Delhi to revoke its decision. Pakistan expelled the Indian ambassador to Islamabad and recalled its own to give a stern message. While the world did express concern at the potential of two nuclear-armed countries going to a full-fledged war, they maintained a studied silence and largely bought the Indian argument that its intention of bringing grassroots democracy and development should be given a chance.

Further, India succeeded in alarming the world that Kashmir needs to be controlled lest the arrival of global terrorist groups create a situation like Afghanistan, Yemen, or Syria in the region. Some analysts also said India and Pakistan wanted to better position themselves vis-a-vis the new administration of US President Joe Biden.

Author and analyst Happmoon Jacob believes that the cease-fire announcement has given a message that grandstanding does not work and that on the contrary, for national and international affairs, a realistic approach and compromises are a must.

The cease-fire “underlined the simple fact that all statesmen recognize while in office, countries cannot be run by rhetoric alone. Moreso, this announcement is also a recognition in New Delhi and Islamabad that they cannot afford to let violence spiral out of control given its inherently escalatory nature, as events in the wake of the Pulwama terror attack in February 2019 highlighted,” he said.

Former Indian High Commissioner to Pakistan TCA Raghvan said the present agreement could be seen in that context — possibly as both sides concluded that the status quo, with a high level of military and political tension, was no longer in their interest and had become counterproductive.

Both countries also agreed to a cease-fire in 2003 after a two-and-half year military standoff in the wake of a 2001 terrorist attack on the Indian parliament. This cease-fire led to many initiatives like the visit of then-Prime Minister Atal Bihari Vajpayee to attend a 2004 SAARC summit in Islamabad and initiatives like the opening of the LoC for trade and travel for the citizens of Jammu and Kashmir.

According to Jacob, his research shows that the backchannel talks in 2004-2007 between high-level interlocutors appointed by the heads of both governments were able to make unprecedented progress on the mother of all India-Pakistan conflicts, Kashmir. Because of their contacts, the cease-fire lasted until 2008.

But at ground zero, the streets of Kashmir, in 2008, 2010, and 2016, gave a clear message that normalcy along borders or silence cannot be misconstrued as peace. There are repeated messages to differentiate between the peace of a graveyard and genuine peace, and that people do not want to live with the conflict anymore. They have been urging both countries to settle the issue forever.

Although the cease-fire or the process of talks may not guarantee a return to instant civility, in the longer term, they promise to be the harbinger of a meaningful breakthrough if followed up sincerely to address the conflict. This is the only way to bring peace and prosperity to South Asia, which has been held hostage to the conflict over the past seven decades.