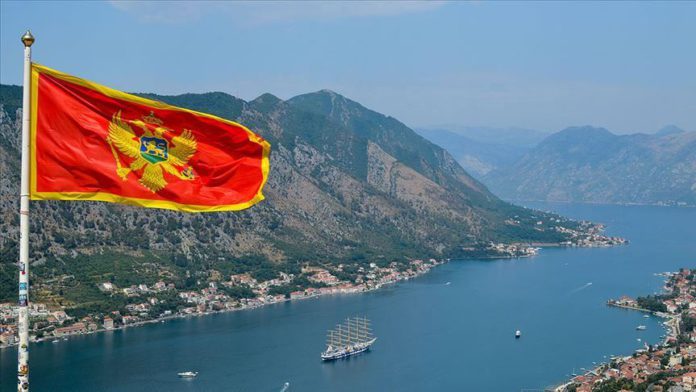 The new wave of societal polarization since the adoption of the December 2019 Religious Freedom Law, the failure of the opposition parties to form a united front, and DPS’ vast resources and clientelistic network in Montenegro’s exceptionally small electorate are the three main factors that make it difficult to dislodge DPS from power.

On Aug. 30, Montenegro is set to hold its eleventh parliamentary election since 1990, having the unenviable record of being the only country in Southeast Europe where the communist successor party – Democratic Party of Socialists (DPS) – has ruled uninterruptedly for 30 years. Even the country’s ruling elite has remained largely unchanged. In December 1990, Milo Djukanovic – former deputy leader of the League of Communists of Montenegro – became Montenegro’s prime minister at the age of 28 and was the youngest elected European leader at the time. Today, at the age of 58, Djukanovic is still the undisputed chairman of the DPS, he is serving his second term as president (having previously served also six terms as prime minister), and his party stands to get re-elected for the eleventh consecutive term on Aug. 30. What are the prospects of breaking the former communists’ power monopoly and its implications for regional stability and Montenegro’s EU accession path?

Unfortunately, the prospects once more appear bleak. The new wave of societal polarization since the adoption of the December 2019 Religious Freedom Law, the failure of the opposition parties to form a united front, and DPS’ vast resources and clientelistic network in Montenegro’s exceptionally small electorate are the three main factors that make it difficult to dislodge DPS from power. First and foremost, in December 2019 DPS and its allies passed in parliament a new religious law that allows the state to take over the property of any religious community that cannot prove ownership of its assets before 1918 — the year when Montenegro was violently annexed by Serbia into the then Kingdom of Serbs, Croats, and Slovenes. The adoption of this law fomented political unrest as thousands of Montenegrin Serbs led by the powerful Serbian Orthodox Church (SPC) marched in the capital Podgorica in February-March 2020 to protest against what they saw as an illegal attempt to strip SPC of its status, monasteries, and other properties in Montenegro.

However, there should be no doubt that the law in question has nothing to do with religious rights and freedoms. It simply represents Djukanovic and DPS’ time-tested strategy of raising the specter of great Serbian nationalism to rally ethnic Montenegrin and minority (Albanian, Bosniak/Muslim, and Croat) voters behind him (minorities altogether make up 18 per cent of Montenegro’s population). It is no coincidence that before any general election, incidents that evoke the threat of great Serbian nationalism come out of the blue in Montenegro. During the last parliamentary polls, for instance, Montenegrins woke up on election day (16 October 2016) with the sensational news that a group of Russian and Serbian security agents were allegedly plotting to topple the DPS government and assassinate Djukanovic. It proved highly effective in securing DPS another four years of incumbency and in paving the way for Montenegro’s eventual NATO membership. What is equally worrisome, however, is that both the United States and the EU are willing to buy these stories and are turning a blind eye to DPS’ rampant corruption and authoritarianism for the sake of stability and for preventing the alleged Russian threat. Today, the newly adopted religious law is serving basically the same function that the election-day coup story served four years ago. Unfortunately, it seems that the time-tested strategy is again paying off.

Most importantly, the societal polarization that the law stirred up has significantly shifted the oppositional discourse to DPS from a citizen-based to an identity-based discourse, and consequently has divided the opposition parties. Indeed, each of the four main opposition parties are either running on their own (the Social Democratic Party SDP and the United Reformist Action URA) or as part of a coalition with smaller parties of their ideological affiliation (the Serbian Democratic Front DF and the centrist Democratic Montenegro DCG). This represents a rather unfortunate development since only a year before, all 39 opposition deputies in the Montenegrin parliament (out of a total of 81) had signed a civic agreement named “Sporazum za Buducnost” (Agreement for the Future) that had requested the resignation of Djukanovic, the formation of a government of civic unity, and the holding of free and fair elections. This agreement marked the culmination of two months of massive opposition-backed civic groups’ protests (“Odupri se! / Resist!” protests in February-March 2019) that were precipitated by the leakage of a video showing a tycoon close to Djukanovic giving an envelope of 100,000 euros for buying votes in Podgorica’s mayoral election. Currently, however, that momentum seems to have been completely lost and the opposition parties failed to form a united front for the August 30 elections.

The third and final factor that makes it difficult to break DPS’ power monopoly is DPS’ vast resources and clientelistic network in Montenegro’s exceptionally small electorate. Montenegro is a tiny country with only about 550,000 registered voters and such a tiny electoral body can be easily controlled and manipulated by a monolith (i.e. DPS) that controls all levers of power and employment in the state. Despite the officially registered electorate, the number of those who actually show up at the polls regularly hovers around 300,000 – 350,000, and 60,000 of them (i.e. 17-20 per cent of those who actually vote) are employees in the state administration who cast their votes for the DPS, since it is very difficult, if not impossible, to get a job in the public sector without somehow being affiliated with DPS. Other tactics used to control the electorate involve voter intimidation, vote-buying and ballot fraud. Indeed, just one month ago, an investigation by a network of local NGOs — the Crime and Corruption Reporting Network (LUPA) and the Balkan Investigative Reporting Network (BIRN) — found that more than 50,000 phantom voters will be eligible to vote in the August 30 election. The phantom voters uncovered by LUPA/BIRN are concentrated heavily in the Albanian/Bosniak-inhabited municipalities of Petnjica, Plav, Gusinje and Ulcinj, where there are more registered voters than actual residents, and where more than half of the names on the electoral roll are listed without a valid address. This is not surprising given that the minority-inhabited municipalities of Petnjica, Plav, Gusinje and Ulcinj are known for large diaspora communities living in Western Europe and the United States. Needless to say, an ‘army’ of 50,000 phantom voters can make a huge difference given Montenegro’s exceptionally tiny electorate and thus can once more engineer a favorable election result for the DPS on August 30.

Another likely DPS victory at the polls will not improve the already tense Montenegrin relations with Serbia. DPS has a deep interest in keeping outwardly tense relations with Belgrade (and relatedly with Moscow) since, as already discussed above, DPS’ ability to attract ethnic Montenegrin and minority support is premised on its ability to keep the threat of great Serbian nationalism at home alive. Equally important, the lack of progress in the Kosovo-Serbia impasse and the continuing fragmentation and dysfunctionality in Bosnia suit DPS well because it can continue to sell to the West its image as a bulwark against the alleged great Serbian and Russian encroachment on the Balkans. In brief, DPS has no interest in contributing to regional stability as its standing and electoral fortune thrive on instability and tense neighborly relations.

As far as Montenegro’s EU accession talks are concerned, there is no question that another DPS incumbency will only worsen the problems of democratic backsliding, corruption, organized crime, and lack of rule of law in Montenegro. The very party that has entrenched these problems in Montenegrin society cannot be expected to solve them. However, counterintuitively, it should come as no surprise if Montenegro enters the EU before any of the other Western Balkans candidate countries. Unfortunately, the US and the EU have shown on more than one occasion that in the Western Balkans they are looking more for stability and strong rule than democracy and rule of law. In that respect, Milo Djukanovic and DPS’ strong rule perfectly suits the West’s pragmatic foreign policy goals, provides a handy excuse for covering corruption and the lack of rule of law, and ultimately weakens external pressure for domestic regime change. Indeed, it is no exaggeration to say that one of the main factors that has enabled DPS to preserve power for 30 years has been the Western support. For this reason, DPS’ current election slogan “Odlučno za Crnu Goru / Decisively for Montenegro” and its promise of eventually achieving EU membership is quite realistic. After all, there are current EU members, Bulgaria being a vivid example, that joined the Union while lagging behind in many democratic and economic indicators.

[ The writer is a scholar of comparative politics of ethnicity and nationalism, with a regional focus on Balkan/Southeast European countries. He received his PhD in Political Science from Koc University. His articles have been published in leading area studies journals, such as Mediterranean Politics ]