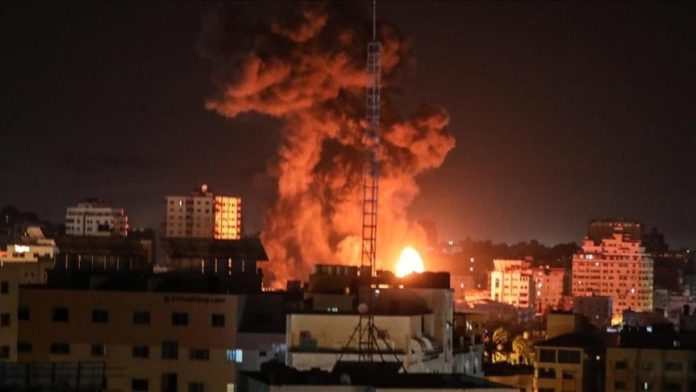 The writer is a specialist in Israeli-Palestine issues and a senior lecturer at the National Defense University of Malaysia.

The recently concluded Israel-Hamas war in the Middle East was a perfect example of asymmetric warfare in a strategic concept. Asymmetrical warfare refers to irregular warfare conducted by irregular forces to achieve political objectives, and it involves a disproportionate distribution of power between a state actor and an irregular force. The primary objective of most asymmetrical warfare is psychological, followed by military success.

Hamas is a Palestinian Islamic Brotherhood group that was established in Gaza in 1987. In 2006, Hamas won the Palestinian Legislative Council election and strengthened its position through the first and second Intifada.

As a strategy, Hamas has used tunnel warfare to gain operational and tactical advantages over its adversary. In 2014, The Washington Post reported that Israeli Defense Forces (IDF) forces discovered a 1.5-mile-long tunnel (2.4-kilometer-long), 66-feet-deep tunnel equipped with electricity and provisions which can last for several months. It was estimated to have been built at the cost of $10 million using 800 tons of concrete.

Throughout time, Hamas has improved its expertise in digging different types of tunnels. An Israeli defense analyst has talked about smuggling tunnels between Gaza and Egypt, defensive tunnels inside Gaza, and offensive tunnels. The offensive tunnels are used to launch cross-border attacks on Israel. These tunnels have been dug by hand fearing that the use of machinery may detect their presence.

In the recent war in May 2021, Israel targeted a vast network of tunnels. The IDF says 160 Israeli aircraft struck more than 150 underground targets in northern Gaza around Beit Lahiya. It is difficult to specify the attacks targeting the offensive tunnel systems which are storing rockets and weapons. Israel has set up an underground warfare section in the military-technological unit to detect tunnels using sophisticated techniques. Its details are still secretive.

The second aspect of Hamas’ strategy is the rocket division. Experts are saying that most of Hamas’ rockets are built by shops in Gaza, with technical assistance and millions of dollars coming from Iran. Experts also believe that Hamas possesses some Soviet and Chinese-built Grad and WS-1E rockets with a range of 25 mi (40 km) and large Iranian-designed Fajr series rockets with range 28-47 mil (45-75 km). Iran is suspected to have smuggled large Syrian-made M-302 302-millimeter rockets into Gaza.

The major component of Hamas’ Qassam series rockets made of metal traffic post-tubes for $300-$800 each, threatened Israelis in the southern cities of Ashkelon and Sderot. Hamas also can build a multitude of larger rocket types costing a few thousand dollars each like the R-160 and Sejil series that can strike Jerusalem and Tel Aviv, 30 mi (48 km) away from Gaza. In the recent war, Hamas attacked Israel’s port at Eilat, which is 120 mi (193 km) away from Gaza with a new 155 mi (249 km) range Ayyash-250 rocket.

However, Hamas had many shortcomings in the recent war. Its rockets still lack a guidance system and are only useful to bombard an area. Many firings ended as misfires and fell short of their targets with a fatality. The IDF claims only a third of Hamas rockets hit the actual target. Around 500 rockets fell within Gaza.

In the war, Hamas and the Palestinian Islamic Jihad group (PIJ) also showed a change of strategy. They did not target the Israeli civilians. Hamas targeted six Israeli airbases and airports and offshore oil platforms.

Rocket strikes caused a fire in a petroleum depot in Ashkelon and Ashdod-Eilat pipeline. Israel was forced to shut down air travel from several airports. Rocket attacks directed at Israel’s Tamar offshore oilfield, however, blasted without causing any damage.

Asymmetry of power between Israel and Hamas stands out open in the May 2021 war. Israel used advanced military technology to deter rockets launched from Gaza. After 2006, Israel developed the Iron Dome Defense System (IDDS) aided by US funding to the tune of $1.6 billion. After the war, Israel has requested the US for another $1 billion to upgrade the IDDS.

The IDDS comes with a high-resolution radar, control center, and three or four rocket launchers. Each launcher is loaded with 20 Tamir interceptor missiles, each costing around $40,000 each. The radar can detect rockets up to 43 miles away and launches Tamir missiles when it is calculated would land in the populated area. Hamas also cannot compete with Israel’s IDDS in the navy. Israeli Navy has deployed one to two Iron Dome launchers on the decks of its Saar five-class corvettes.

Hamas was determined to achieve a tactical advantage over the IDDS. They launched 50 rockets simultaneously to overwhelm the IDDS. According to the Jerusalem Post (May 15, 2021), Hamas had fired some 135 rockets in five minutes in the recent war. It also implemented “low trajectory launches” to escape the interceptors. The IDF claimed that they shot down around 1,500 of 4,360 rockets fired by Hamas.

The third aspect of the Hamas strategy is linked with mortars. Hamas uses Soviet 82-mm and more powerful 120-mm HM-16 mortars built by Iran. Mortars are more accurate to hit the target than rockets. But Hamas’ mortars have just a 3-5 mi (4-8 km) range. In the recent war Hamas’ A-50 round mortar killed two Thai workers in Eshkol.

A fourth aspect of strategy in this war was that the Hamas had equipped the military wing of Al-Qassam forces with drones. They deployed an unmanned combat system. Labeled as Shihab kamikaze drones, they are made in Gaza on the pattern of the Iranian HESA Adabil-drone. On May 13 Hamas launched the Shihab drones targeting offshore oil platforms. But they were shot down by an Israeli F-16 jets using a Python-5-heat-seeking missile and the IDDS. Between May 10-18, IDF reported it had shot down more than four Hamas’ drones.

Despite heavy losses, Hamas achieved limited aims in this war. It succeeded to build public opinion, garnered mass support, competed to project itself as a legitimate leader of Palestinians, and showed itself as the protector of Jerusalem and Palestinians. It also emphasized the position of Hamas as an important stakeholder in the Palestinian peace process.

Undeniably Hamas’ asymmetric warfare increased Israel’s security dilemma and threat factors. As a response, Israel would now maximize its national security measures by enhancing its defensive and offensive capabilities in the Middle East. In asymmetric warfare, Hamas cannot be found reluctant to master its strategy further against the powerful adversary.